The 5 Best EU Countries with Top Universities for an MBA

The 5 Best Countries for an MBA in Europe

‘Pursuing an MBA abroad can be very helpful for your career and open a wide array of opportunities. However, one of the biggest questions for students is, ‘which country is best and has top universities for an MBA?’ Though an MBA is one of the best programmes, it really makes a difference as to where do you study. The University you attend also can make a lot of difference in your career. 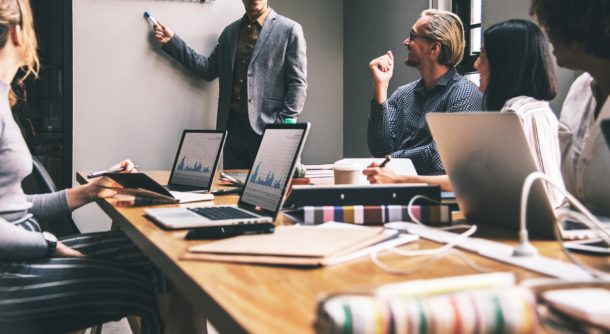 If we talk about the exams required to take an MBA, then a GMAT (The Graduate Management Admission Test) is taken by everyone who wants to study abroad and do an MBA. The aspirants are usually tested on English, Integrated Reasoning, Maths. Apart from that, students are also required to give either TOEFL or IELTS.

In the next few paragraphs, EDUopinions will explore the 5 best countries for studying an MBA and some of its best universities according to the QS University Rankings. In addition, you can also request information about business schools and universities.

One of the best countries to pursue an MBA is Germany. Also, most numbers of colleges in Germany are now offering courses in English language, so it has become a preferred country to study MBA for international students. When thinking about which country is best for studying an MBA, Germany is usually on top of everyone’s list. Maximum colleges in Germany get 70% of its enrolment from foreign students only.

Top Universities for An MBA in Germany

Get free advice about MBAs in Germany

Were you thinking about studying an MBA in the UK? We do not blame you! In fact, the United Kingdom offers some of the best MBA degrees worldwide, according to all the major global league tables. Plus, according to the 2019 QS Best Student City Rakings, London is first on the list. The English capital is, in fact, desired by many students because of many reasons, first being the fact that is one of the most influential, sustainable, powerful, and innovative cities in the world.

Top universities for An MBA in The Uk

Get free advice about MBAs in the UK

Often one of the most preferred countries for an MBA, due to excellent universities. When choosing to study abroad, France often comes up in the ranks for students.  The country was the first in Europe to offer an MBA, and it still offers one of the most competitive business educations available. Paris is the financial and business hub, which is really beneficial if you are studying an MBA here. Plus, there is also the ability to learn one of the most important business languages, French!

Top universities for An MBA in France

Get free advice about MBAs in France

Spain remains one of the most popular destinations to study an MBA abroad. Compared to Western countries, entry requirements in Spain are not a particularly high standard. Usually proof of English or Spanish proficiency and a high school or a Bachelor’s graduate certificate are sufficient. However, one should be able to stand out from the crowd due to a high level of competition. If you have high grades, have good work experience then you may stand out from the crowd. Another great plus point is that Spain is known to be extremely hospitable and welcoming because of its hot weather and warm people. There is never bad weather in Spain! Another big plus point is that there is a large number of English-taught MBAs in Spain.

Top universities for An MBA in Spain

Get free advice about MBAs in Spain

The Netherlands has a number of prestigious MBA institutions which is why this country is great for studying MBA abroad. So when wondering, which country is best for studying an MBA? Choose the Netherlands! Plus, Netherlands is also known for its high quality of education. The country’s institutions and MBA programmes are accredited by both a national accreditation body and international accreditation bodies like AMBA and EQUIS. The Dutch are known for their hospitality and openness.

Plus, this country is great for business and has a number of companies like Unilever, Shell, and KLM. Plus, the Netherlands is also an entrepreneurial nation, with one of the highest percentages of startups in Europe.  MBA in the Netherlands is rooted in the Dutch system. It is because of their entrepreneurship spirit that encourages a hands-on attitude, with the three core focus areas being leadership, stewardship, and entrepreneurship. Even the standard of living in this country is one of the best, and this is known to be one of the happiest nations in the world and the work-life balance here is amazing. Plus, Dutch people can speak English fluently, so it is a win-win situation.

Top universities for An MBA in the Netherlands

Get free advice about MBAs in the Netherlands

These are just some of the European countries where you can find excellent MBAs. If you wish to start an online course instead but are not sure whether it is worth it or not, here are some of the pros and cons of an online MBA.

Student
5
"LUISS has an excellent reputation, not only in Italy but also internationally. If you are..."
Read the review
Written by