France vs Spain: Where Should you Study for your MBA | Student Reviews & University Rankings EDUopinions

France vs Spain: Where Should you Study for your MBA

There are many countries in Europe housing great universities that offer very interesting Master’s degrees, including Master for Business Administration degrees (or MBA, for short). Depending on the country and institution, the MBA can have involved different educational contents and teaching methods, though in general they all have a duration ranging from 1 to 3 years, and explore in depth subjects such as operative functions of enterprises and basic economic and administrative concepts.

There are nowadays many prestigious schools from all over the world offering MBA programmes, including European countries such as France and Spain. Let EDUopinions tell you more.

France vs Spain: what do they have in common and what are their main differences?

Both France and Spain are countries that have a unique charm and “joie de vivre”, as well as many beautiful places to visit: take for instance Paris, considered internationally as the capital of love, the stunning cliffs of Brittany or the several gorgeous palaces that stand scattered along the Loire river in France; or the parks of Extremadura, the cathedral of Santiago de Compostela, where pilgrims from all the corners of the world gather together to express their faith, and the cultural jewels that are the cities of Seville, Cordoba and Granada, located in Southern Spain.

Another point that these two nations have in common is that they are both Romance language-speaking countries (in other words, countries that speak languages derived from Latin), so the French and Spanish languages share a lot of similarities and common linguistic traits.

Nevertheless perhaps the most important similitude they have, regarding the world of business, is that they both have some of the best MBA programmes to offer in Europe, with several prestigious schools such as Toulouse Business School, Geneva Business School and Global Business School. But what marks the difference between business schools located in France and those located in Spain? Let’s look more into this subject.

Do You Want to Study an MBA?
Ask Us For Advice 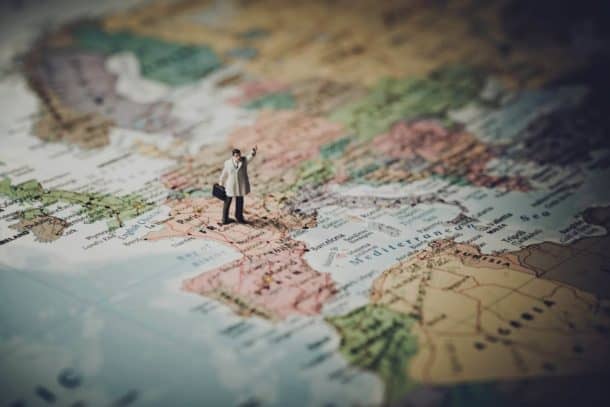 With the third largest economy in Europe and the world’s seventh largest (only surpassed by the USA, China, Japan, the UK and India), France is indeed a good choice to consider as a studying destination. Nowadays, France offers internationally-recognised MBA programmes that are sure to boost the professional career of the students who complete them!

Actually, a good part of the prestige that many French business schools enjoy nowadays comes from their condition of being “Grandes Écoles”, very prestigious and selective higher education establishments that function outside of the main network of the French public university system. That means that, in France, being an alumnus of a Grande École is a pretty big deal!

Nowadays, there are many prominent Grandes Écoles in France that specialise in business and administration, such as:

Nevertheless, one must keep in mind that these schools often have very selective and demanding entry requirements, such as Grenoble École de Management, which is quite open-minded regarding the Bachelor’s degree you have studied but asks for at least three years of full-time working experience. Something similar happens with regard to SKEMA Business School since its webpage clearly states that the Executive MBA program they offer is aimed at professionals with a minimum of 3 years of working experience.

On the other side, the language barrier for non-francophone students shouldn’t be much of a problem, since most business schools teach classes (and even entire degrees in English), such as IAE Lyon School of Management, which is part of Jean Moulin University Lyon III and offers, among other choices, an International MBA degree focusing in law, economy and management; ICD International Business School, with campuses in both Paris and Toulouse and which provides the opportunity to study International Business Development; ICN Business School, with campuses in France and Germany that also offers an Executive MBA programme that includes seminars abroad in countries such as the USA, China and Luxembourg; and Paris School of Business, with an exclusive International MBA programme including management and sectoral specialisation courses.

Perhaps one of the most interesting aspects of studying at one of these schools is that many of them have several campuses in other countries, so that people who can’t really afford to move out of their home countries may still have the chance to receive a degree from a French institution. Such is the case of Grenoble École de Management, with campuses located in countries as diverse as Russia, Georgia, Germany, Hong Kong, Singapore, Switzerland, Morocco, Italy, India, the UK and China. Other schools, such as IAE Lyon School of Management offer special training programmes for their students in Algeria, Armenia, Burkina Faso, China, the Czech Republic, Hungary, Lebanon, Morocco, Poland and Tunisia.

So to sum up, if you choose to study at one of these schools, know that you’re bound to give a unique boost to our CV and experience several different cultures as well.

Get free advice on studying an MBA in France 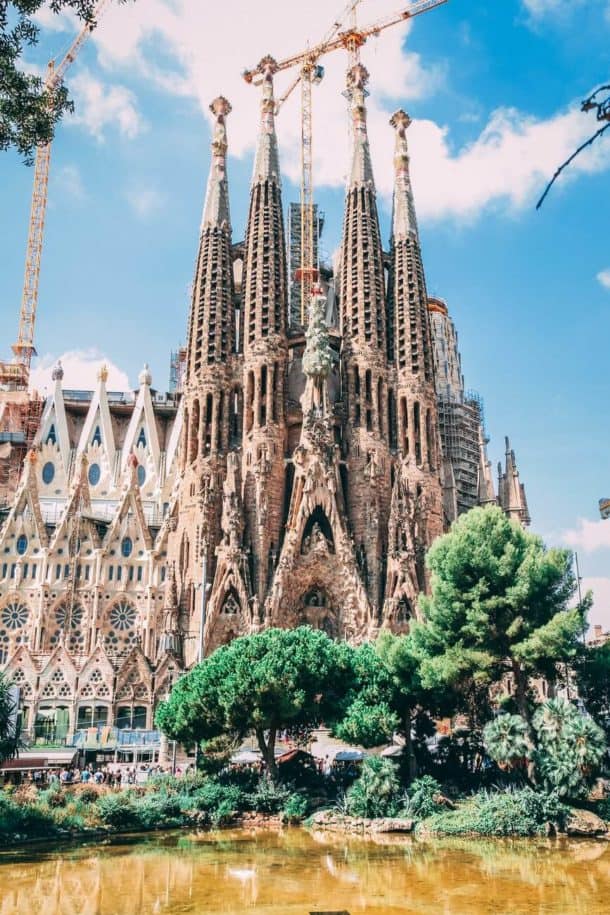 Spain is nowadays one of the most popular international study destinations in the world. But what makes it such an attractive country to study business is because some of the best schools specialising in this field of study are located there, such as:

EAE Business School, with its five campuses located in Barcelona and Madrid and the active partnership policy it has with the Polytechnic University of Catalonia and King Juan Carlos University in order to offer double qualifications, whose International MBA and International MBA Madrid / Shanghai programmes have been qualified as among the 65 best in Europe and the 200 best in the world by the QS Global MBA 2018 ranking

Another popular claim many students make is that the entry requirements for Spanish institutions aren’t as tough as in other European countries. Nevertheless, that is kind of a myth, for several business schools in Spain require a minimum of 5 years working experience in order to access their programmes. Such is the case of Barcelona School of Management, the graduate school that is part of the very young Pompeu Fabra University (founded in 1990), considered among the top 100 institutions in the world in the field of Social Sciences and Management; EAE Business School; and the UB Business School, part of the prestigious University of Barcelona, whose exclusive Executive MBA programme only offers 25 vacancies.

On the other side, the prestige of many Spanish business schools is proportionate to the quality of the programmes they have available, some of them unique in Europe, such as the formations that the EOI Business School, a public institution founded in 1955 by the Spanish Ministry of Industry, Energy and Tourism with campuses in Madrid and Seville have to offer; or the Aerospace MBA programme that can be studied at the Barcelona campus of Toulouse Business School.

Another advantage that business schools in Spain have is that they frequently offer more possibilities for people who choose to/can only study part-time and also have several online courses available. For instance, Deusto Business School’s Executive MBA (Blended) programme is part-time, allowing people who already have their own jobs and/or to support their families to further their education in a way that doesn’t interfere with their other obligations. EU Business School also offers a wide range of specialization programmes with the opportunity of studying only part-time. And other schools, such as ESERP Business School; Geneva Business School; and Global Business School, with campuses in both Madrid and Barcelona, also give their students the choice to study their degrees online.

Get free advice on studying an MBA in Spain 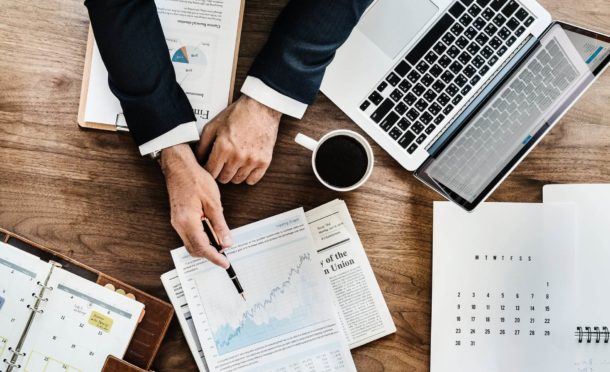 It is evident that both countries would be good choices for those who are seeking to build a career in the business field. Nevertheless, the fact that one country may be better than the other with regard to this subject is something a bit subjective, but a few key factors should be taken into account.

For instance, in general, the cost of living is notably higher in France than in Spain. This means that, in general, shopping for groceries and going out is much more affordable in Spain than it is in France, especially if we are talking about cities such as Paris, Strasbourg or Nice. However, one of the main downfalls in Spain is the absurdly high cost of housing.

This goes to such extent that most university students in Spain still live at their parents’ home, because of the ridiculously high price landlords, landladies or student hall managers ask for in exchange of offering a dwelling which often leaves a lot to be desired. In fact, student residences or university halls are in Spain a luxury most people can’t afford. That’s the reason why the vast majority students who come from different parts of the country or have come to the city that houses the university they have chosen in order to complete an exchange programme decide to live in shared flats (often with 9 or 10 other people so that their part of their rent is affordable).

On the other hand, student residences are a much more affordable option in France, especially the public ones (normally managed by the CROUS of every student city, the regional centres for university and school works). Furthermore, the French government offers students much more aids to help students pay for their accommodations, such as the Caisse d’allocations familiales or CAF, for short. Nevertheless, it’s still a bit difficult to obtain them.

Regarding the prestige of the institutions they have, Spain and France are pretty much at a tie, with the former featuring several of its schools among the most selective rankings and the latter housing a number of others which hold the Triple Crown accreditation of AACSB (Association to Advance Collegiate Schools of Business), AMBA (Association of MBAs) and EQUIS (EFMD Quality Improvement System), such as

However, studying in Spain may still be a better choice for people who prefer or have to study part-time, since Spanish schools are in general more flexible when it comes to that subject and with the option of studying online. On the other hand, French schools seem to emphasize more the importance of globalisation and seem to encourage their students to go abroad more through partnerships with other campuses and institutions. So the best choice is actually something very subjective that depends entirely on the potential student!

Where do you want to study?
We Can Help You Decide
Featured Content

Student
4
"I am really enjoining this program, to date, it keeps meeting my expectations. I have the..."
Read the review
Written by