The 10 Most Instagrammable College Campuses in Europe

Nowadays, the social network Instagram (launched for the first time in 2010), is part of many people’s daily life. Many of us enjoy taking photos of ourselves with our friends, of interesting places that we visit, or simply of that delicious coffee we ordered at a cute café in the city centre. But there is much more to Instagram than simply bragging about your trips and the food you order. Instagram can also be used to promote university education.

In this article, EDUopinions is going to show you the 10 most “instagrammable” college campuses in Europe. I’d like to thank my friends and fellow students for giving me a few ideas and suggestions for this article.

EDUopinions is an online platform where you can read real, verified student reviews about universities from all over the world as well as get free information about them.

Are You Trying to Choose a University?
We Can Help You For Free

The 5 Best Value for Money Business Schools in Europe

The 10 Best Business Schools in Europe

1. The Palais Universitaire of Strasbourg 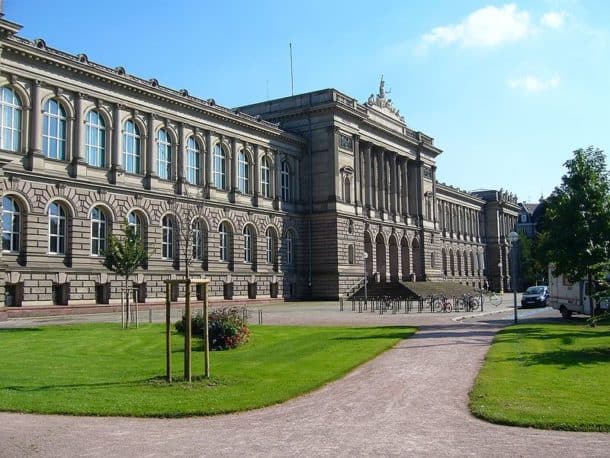 Built between the years 1879 and 1884, right after the German victory in the Franco-Prussian war (1870 – 1871), the Palais Universitaire of Strasbourg was built under the direction of architect Otto Warth and inaugurated by Emperor William I. Warth’s passion for Italian architecture is reflected in the building’s features, such as the angled bay windows. Nowadays, the Palais Universitaire de Strasbourg houses the Faculties of Historical Sciences, Philosophy, and Psychology, and is still the place where the headquarters of the University Presses of Strasbourg are located, after their foundation in 1920.

2. Campus of Illkirch, University of Strasbourg 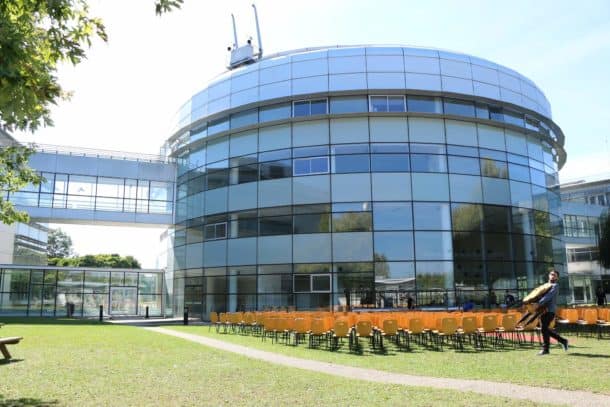 Located in the village of Illkirch-Graffenstaden, about 10 kilometres away from Strasbourg, the Campus of Illkirch offers an education that is more on the mathematical, engineering, and scientific side. With its futuristic buildings, green spaces and pleasant surroundings, the Campus of Illkirch is bound to offer its students a calm and enticing place to study and improve their education!

Get Free Info on University of Strasbourg!

3. The School of Mining Engineering of Madrid 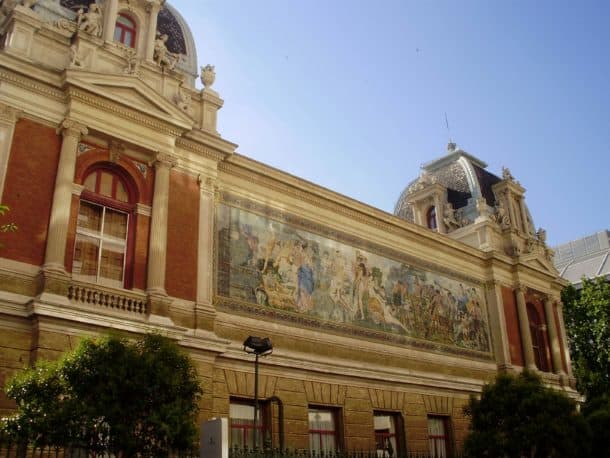 Known in Spanish as the Escuela Superior Técnica de Ingenieros de Minas y Energía, this engineering school is located in central Madrid and is nowadays part of the Polytechnic University of Madrid. Coming originally from the entity of the Academy of Mines, founded in 1777 during the reign of Charles III in the province of Ciudad Real, the School of Mining Engineering as we know it was officially established in Ríos Rosas Street in 1835. Nevertheless, the building was only erected at the end of the 19th century, under the supervision of architect Ricardo Velázquez Bosco, who also directed the construction of the Velázquez Palace and the Glass Palace, both located in the Retiro Park, Madrid. Nowadays, the School of Mining Engineering of Madrid offers its students not only a good academic formation but also a beautiful and picturesque studying environment which hosts several interesting expositions throughout the whole year and houses beautiful collections of fossils and minerals!

Get Free Info on the Polytechnic University of Madrid!

4. Campus I, University of Coimbra 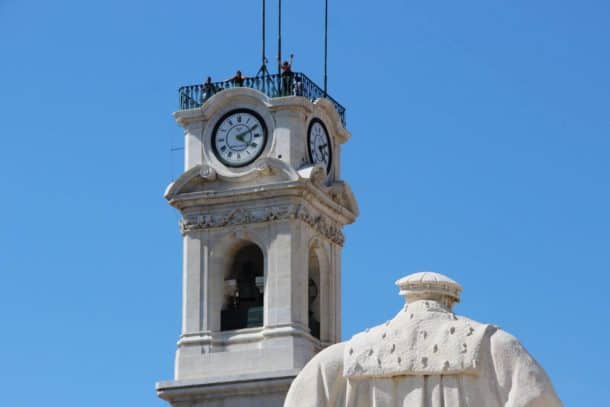 Originally founded in 1290 in Lisbon by Dennis the Poet King, the current University of Coimbra was constantly relocated for many years until it was permanently established in Coimbra in 1537. This University is one of the oldest in Europe and the most ancient one in Portugal; and is currently regarded as one of the most prestigious higher education institutions in the country. It is divided in three main “polos”: the “Alta Universitária”, where the rectorate and the administrative services are located, along with the faculties of Law, Letters, and Psychology, and the departments of Science and Technology; the Engineering Polo, and the Sanitary Sciences Polo. On the 22nd of June 2013, the University of Coimbra became a landmark part of the World Heritage List. Students at the University of Coimbra must feel very privileged to have the opportunity to study in such a beautiful and interesting faculty!

Get Free Info on University of Coimbra! 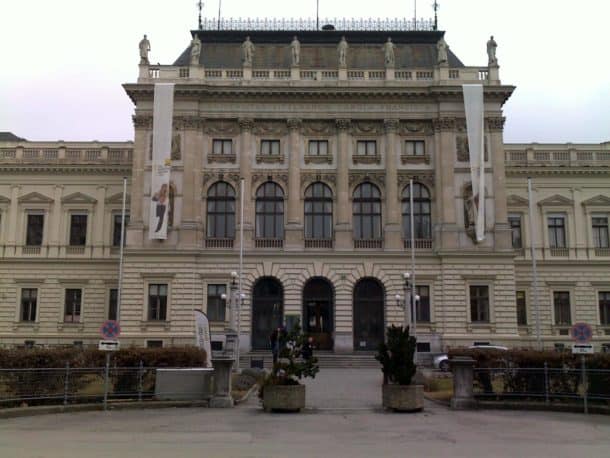 Get Free Info on University of Graz!

Founded as we know it in 1817 by King William I of the Netherlands and Anton Reinhard Falck, then Minister of Education, the University of Liège is currently divided into ten different faculties and has around 20,000 students enrolled. Originally a Jesuit school, the University of Liège was greatly expanded during the 19th century under the supervision of architect Lambert Noppius. Nowadays, this university offers its students an enriching study atmosphere in a multicultural city with many things to see. So if you’re planning to study in a Francophone university, Liège may be the perfect choice for you!

Get Free Info on University of Liege! 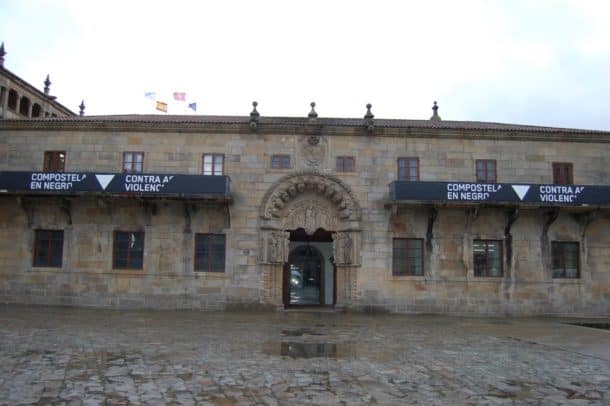 Located in Northern Spain, the University of Santiago de Compostela traces its roots back to 1495 and is considered one of the most prestigious universities in the country. The University of Santiago de Compostela is divided into two main campuses: one located in the Galician capital, and another one in Lugo. Furthermore, it has partnerships with several other schools and specialisation centres. The campus located in Santiago itself possesses huge historical and architectural value, with several original buildings dating back to the 15th century.

Get Free Info on University of Santiago de Compostela!

8. The Old Campus of Vilnius University 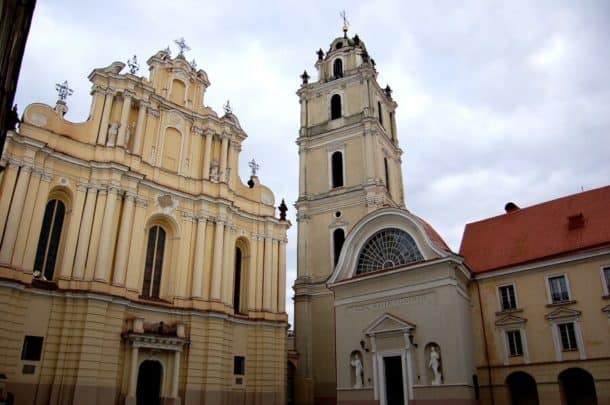 One of the oldest universities that were founded during the times of the Polish-Lithuanian Commonwealth, Vilnius University was originally founded in 1579, in the Lithuanian capital. Nevertheless, after the Third Partition of Poland and the aftermath of the Polish-Russian War (1830-1831), the university was closed down and didn’t become active again until 1919. Nevertheless, the Old Campus is still considered as the “crown jewel” of Vilnius University, with its historical buildings, which currently house the Faculties of Philology, Philosophy, and History. It also houses the administrative services, a library, and some theatres. Studying at the Old Campus of Vilnius University is reconnecting with more than 400 years of history and submerging in a stimulating and colourful ambience, so be sure to check it out!

Get Free Info on Vilnius University! 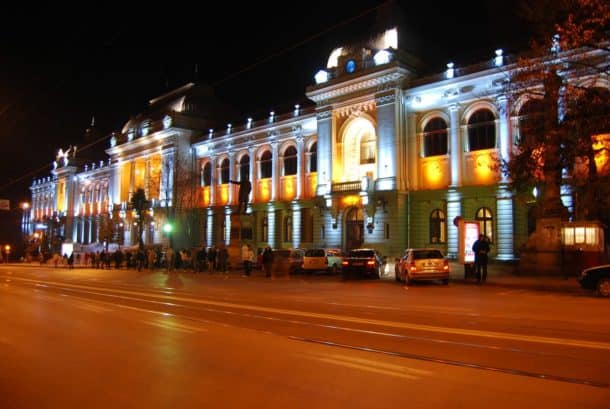 Established in 1860 under the decree of the Romanian prince Alexandru Ioan Cuza, which transformed the Academia Mihăileană into the university as we know it nowadays, the UAIC is considered one of the most prestigious universities in Romania. It is located in the city of Iași, close to the border with Moldova. Nowadays, the main campus of the university offers its students pleasant views with gardens and fountains, the beautiful original 19th-century buildings, and a multicultural and gratifying study setting! 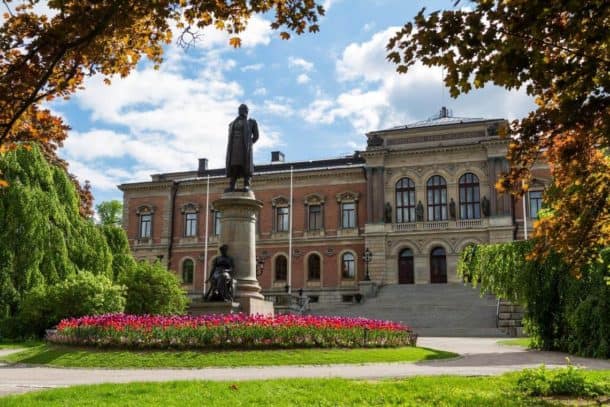 Founded in 1477, the Uppsala University is not only the oldest one in Sweden but also in Scandinavia! Several famous names can be found among its list of alumni, such as Carl Linnaeus, inventor of the binomial nomenclature used in biology, Anders Celsius, who proposed the temperature scale that bears his name, and the playwright August Strindberg. One of the most beautiful campuses that this university has to offer is the English Park Campus, where a wide range of subjects in humanities and social sciences are taught. Students may be able to enjoy their studies at this campus while admiring the architectural value of the main buildings and relaxing a little in the neighbouring gardens. Simply beautiful!

Get Free Info on Uppsala University!
Are you interested in Another University?
Ask Us About it Free of Charge!
Written by