More information about Universities in Portugal

If you are looking to spend your student years in a safe and fun country, Portugal is probably what you have been looking for all along! Being a welcoming country that is famous for its beaches, food, and sunny days, Portugal will definitely become your home away from home in a very short period of time. Portuguese higher education is recognized internationally and it is divided into two schemes: university and polytechnic education. Universities can either be public-funded or private. Moreover, the first Portuguese university, being the University of Coimbra, dates back to 1290. The largest university in terms of enrolment is instead the University of Porto. What are you waiting for? Join the other 50,000 international students for your next study abroad adventure! 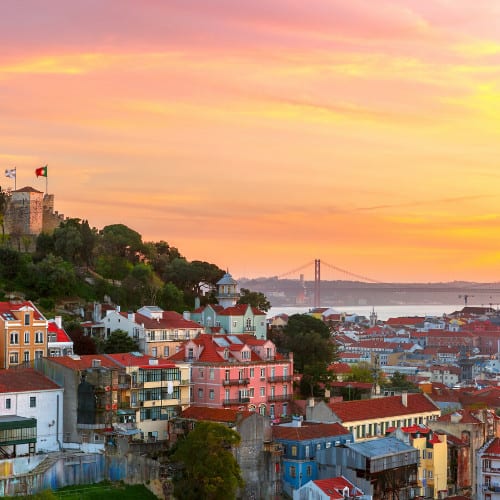 Portuguese is the main language and is spoken by all of the native population. However, there is also a second language which is located exclusively in the north-easternmost part of Portugal called Mirandese which is recognised as a minority language. There are plenty of regional dialects used throughout Portugal that are variations of Portuguese which are separated into northern and southern dialects, although all are recognisable as Portuguese. Portugal has also a wide population of people from Brazil, Angola, Cape Verde, so there are many different Portuguese variations spoken in the country. The language of education is mainly Portuguese although some lessons may be conducted in English depending on what and where you study.

There are two kinds of visas required for students who want to study in Portugal. There is a short-term visa (referred to as Visa-C) which is for students who apply for a short-term study or course that lasts for 6 months or less. There is also a longer-term visa (Visa-D) which is for students who apply for a longer academic study course period. Both of these visas need to be applied for at your nearest Portuguese embassy or consulate where they will be processed. There are several requirements for a visa application to Portugal, including a valid passport and photograph, letter of acceptance from the university you applied to, proof of health insurance coverage, a valid ticket or travel document to Portugal and confirmation of application fee – this could be up to €170

There are two types of universities in Portugal, those funded by the government, known as public, and private ones. At public universities in Portugal, which tend to be cheaper than other institutions, students are also given the possibility to pay their tuition fees monthly. However, some private universities offer large discounts on tuition fees according to performance in entrance exams. For an undergraduate degree at a public university, international students can expect to be between €950 and €1,250 p/year which is payable annually or monthly, whereas at private universities you are likely to be paying a higher fee- between €3,323 and €3,872 per year – and pay incrementally over the months. If you are coming from a country outside of the EU, then you may be subject to higher tuition fees. There are a number of scholarships available in Portugal to Portuguese, EU nationals, but also to students coming from former Portuguese colonies to help subsidise the cost of studying in Portugal. The Portuguese government also offers a number of grants to students both foreign and domestic.

Portugal boasts a lower cost of living compared to other European countries. Rent is the biggest expense, especially in Lisbon and Porto, its largest cities, where a private room in a shared apartment is usually priced between €350 and €500 euros. Student cities like Aveiro, Coimbra, Covilhã, Faro are smaller and more affordable than the previously mentioned places. However, when thinking about the whole student experience, it is not hard to find affordable bars where students can enjoy a beer for as little as €1 or meals for around €6, even in the capital. That said, rent prices are high, but other expenses are generally less costly to the point of being considered cheap. Portugal also offers special phone contracts and discounts to all individuals who decide to study in this small but welcoming country. Additionally, foreign students, meaning those from outside the European Union, can work up to 20 hours per week during their studies. During recognized holiday breaks, students can work up to 40 hours per week. 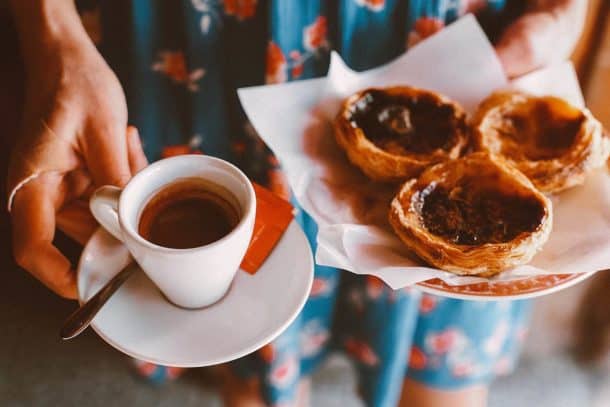 The pace of life in Portugal is definitely slower than in other countries. Given that its largest cities are by the ocean, it is easy for residents to escape everyday life and go for a swim or a walk by the beach. You will be able to escape your daily routine also by moving East towards the countryside or mountains. Coimbra, Viseu and Covilhã are some of the Portuguese cities with the highest altitude offering spectacular views. Playing soccer, surfing, hiking, camping and cycling are just some of the many activities that Portuguese people love to do. Furthermore, if you are looking to study in a peaceful country, look no further because Portugal is the right choice for you. In fact, Portugal appears as the 4th most peaceful country in the world according to the Global Peace Index 2019.

Most universities in the country have their own residencies. They are offered to students as a cheaper alternative to private accommodation. The cost of this accommodation is usually €150-€300 p/month, significantly cheaper than private options. In fact, the latter can cost between €350-€500 per month. This amount varies depending on where it is located and the style of accommodation you end up choosing. The spots available are limited so it is important to get informed ahead of time. Portuguese universities usually have dedicated housing services for students to help them find the right accommodation for them and application should be made directly to them. Alternatively, Uniplaces is a famous Lisbon based start-up via which students can book and request rooms and apartments, either for long or short terms.

Portuguese universities and business schools offer a wide range of business and management courses taught in English or Portuguese. Additionally, Lisbon is considered to be a growing hotspot for start-ups and small business. Opening a business in Portugal is considered to be a simple activity. In addition, if you earn less than €10,000 with your activity and meet the right criteria, you will be exempted from paying VAT. That said, Portugal is home to some of the best business schools in Europe. Find out more about Portuguese business education by reading this article: The 5 Best Business Schools in Portugal.

One of the colonial powers of the new world, the Portuguese empire spread to South America and the West Indies which means there is a complex influence on the Portuguese culture. Folklore plays a large part in Portuguese culture, especially in rural areas where towns and villages host performances of traditional music, dance and song. Fado, for example, is a traditional Portuguese music genre that seems to be at least 200 years old and it is very well received to this day. The country is famous for its food and drinks. Porto wine is one of the most famous drinks not only in Portugal but also worldwide. It is followed by Madeira wine which comes from the Madeira Island, a popular tourist destination for many Europeans and Portuguese nationals and home to Cristiano Ronaldo.

During the application process, students are required to prove their proficiency in both Portuguese and English as many courses included elements of both. however, foreign students who wish to study a course taught entirely in English do not have to prove their Portuguese proficiency. There is a centralised system in Portugal which allows applications to be made to up to six universities and programmes in order of preference. Along with proof of language proficiency you also need to provide transcripts of academic records or equivalents, proof that you have passed an entrance exam and a motivation letter.

Still not sure if Portugal is right for you?
Get free advice
Sorry, for now, we can only help for business studies.
Thanks!
We'll contact you soon via Whatsapp or Email

Filter and sort universities
All specialities
All Programmes
Sort by featured
+logo+
+acronym_name+
+avg_rating+ +review_text+
+avatar+
+title+
+excerpt+View more
There are no reviews yet
Don't know where to start?
EDUopinions
can help you
Contact me for advice