Pros and Cons of Studying in Portugal | EDUopinions

Pros and Cons of Studying in Portugal

Have you ever wandered the streets of Lisbon on a sunny day or walked along the Duoro River in Porto? Because I have, and I fell in love with the country. Every city has its magical atmosphere, the language is beautiful, and the people are friendly. There is a lot to see and learn about Portugal. Today EDUopinions will cover the main pros and cons of studying in Portugal.

Find the best university for you in Portugal. 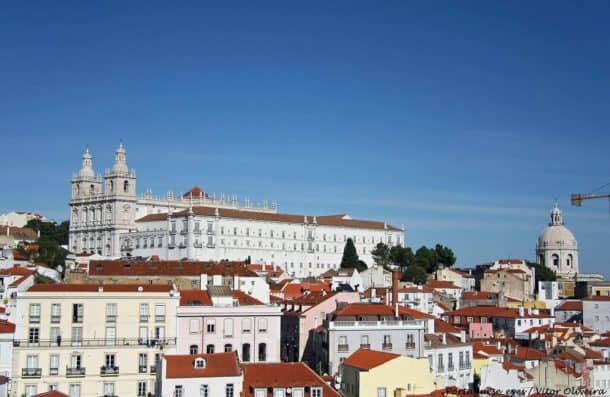 PROS OF STUDYING IN PORTUGAL

Portuguese is one of the most natively spoken languages in the world. It is, in fact, the official language of Portugal, Brazil, Cape Verde, Guinea-Bissau, Mozambique, Angola, and São Tomé and Principe. Portuguese is also spoken in East Timor, Equatorial Guinea, Macau, and in a few territories in the Asian continent. It’s the second most spoken language in Latin America and one of the 10 most spoken in Africa. It is one of the Romance languages, among Spanish, Italian, French, Romanian, and more.

Living costs in Portugal are lower than the European average, which is an important selling point for those students who would like to study abroad but cannot afford to spend too much. Just to mention some differences, a meal at the University canteen can be as little as €2, meanwhile, the same meal in Italy can easily reach €5. In smaller student cities, like Coimbra or Covilhã, you can find a private room in a shared flat for around €120. Otherwise, a shared bedroom in a student dorm ranges between €75 and €120 depending on the room type.

At public Portuguese universities, tuition fees range between €750 and €1200 per year, which makes education affordable and accessible to the majority of the population. Private universities charge higher tuition fees and those vary depending on the institution itself.

Get advice on universities in Portugal
Ask our experts

The academic system in Portugal works very well. Within the programme of your choice, you have control over which classes you want to take. Sometimes you are allowed to choose one class per semester that is out of your programme. The only restriction is that the class will have to be within the same faculty. Most courses in Portugal are taught in Portuguese, with some exceptions. However, most professors speak English and will probably allow you to write your essays and do your presentations in English if your knowledge of Portuguese is not enough. This is exactly what happened to me. I understand Portuguese very well but I struggle with speaking it and writing it, so my professors allowed me to do things a bit differently.

Easy Registration in the Country

If you are from the EU, registration in Portugal is easier than expected. In fact, getting a NIF (Número de Identificação Fiscal) is recommended but not required, unless you want to work. This is different than for example the UK or Denmark, where getting a NINo or CPR is mandatory. If you come from a country outside the EU and would like to get a NIF in Portugal, you must have a tax representative. If you are a student, your university can be your tax representative and you do not have to worry about it. Otherwise, a friend or an acquaintance. A tax representative is just someone the tax authorities can contact if they need to reach you. 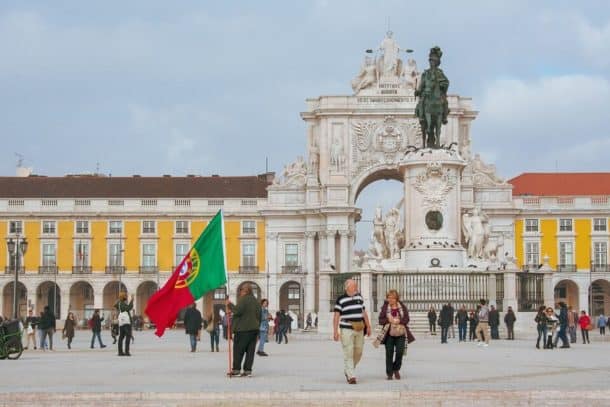 Cons of Studying in Portugal

Unfortunately, public universities do not offer many courses taught in English, which can be a struggle for those of you who would like to study in Portugal. Some professors might accept that you do your homework in English but if all classes are taught in Portuguese you might still have issues in understanding what is going on in class. Private universities might offer courses taught in English, but those are normally business-oriented and more expensive.

Rent prices have boomed in Lisbon in the last few years due to the number of foreign companies and people moving into the city. A studio or one-bedroom apartment can cost between €700 and €800, which is not affordable for students. Covilhã and Coimbra are much cheaper than Lisbon but are also smaller and colder as they are close to the mountains.

We talked about the cost of living being low, but so are the salaries. Portugal’s minimum wage, according to Eurostat‘s statistics of July 2019, is €700. This amount is really low if we compare it to the minimum wage in France or Germany, which is over €1500.

These were just some of the pros and cons of studying in Portugal. It is a country that has a lot to offer. Student cities like Lisbon, Porto, Coimbra, Covilhã, Aveiro, Braga, and many more, are warm and welcoming. Some of the best institutions in Portugal are the University of Lisbon, the University of Porto, the University of Coimbra, Nova School of Business and Economics, Porto Business School, and the University of Aveiro. We hope that after reading this article your ideas are clearer, and, If you need further information about Portugal, do not hesitate to contact us.

Want to study in Portugal? Get free advice!
Written by

Cristian Fabiano
I'm Cris, an Italian young adult who, while studying, working, and writing, experiences different countries and cultures.
Previous article Next article Share this post
Get our experts advice for free.
Contact us.