The Pros and Cons of Studying in Berlin

Germany is considered the number one choice for many students who want to study abroad. The tuition-free universities in Germany are a big part of this choice. Moreover, it also has one of the lowest rates of unemployment (recorded at 3.8%). It is because the economy of Germany is really strong because of the strong innovation in the German environment. The degrees from Germany university are also recognised worldwide which makes Berlin one of the best places to study.

The capital city of Germany, Berlin, is multicultural and offers countless opportunities for recreation. It’s a city that never sleeps! Students usually fall in love with this city once they start staying here. The exciting nightlife, vibrant art scene and museums catch most of the student’s fascination. Berlin has 60 research facilities and more than 40 institutions of higher education. Now, EDUopinions is going to take a look at the pros and cons of studying in Berlin. There are many universities to choose from like Berlin School of Business & Innovation, Berlin School of Economics and Law, GISMA Business School, European School of Management and Technology, IUBH University of Applied Sciences and ESCP Europe. 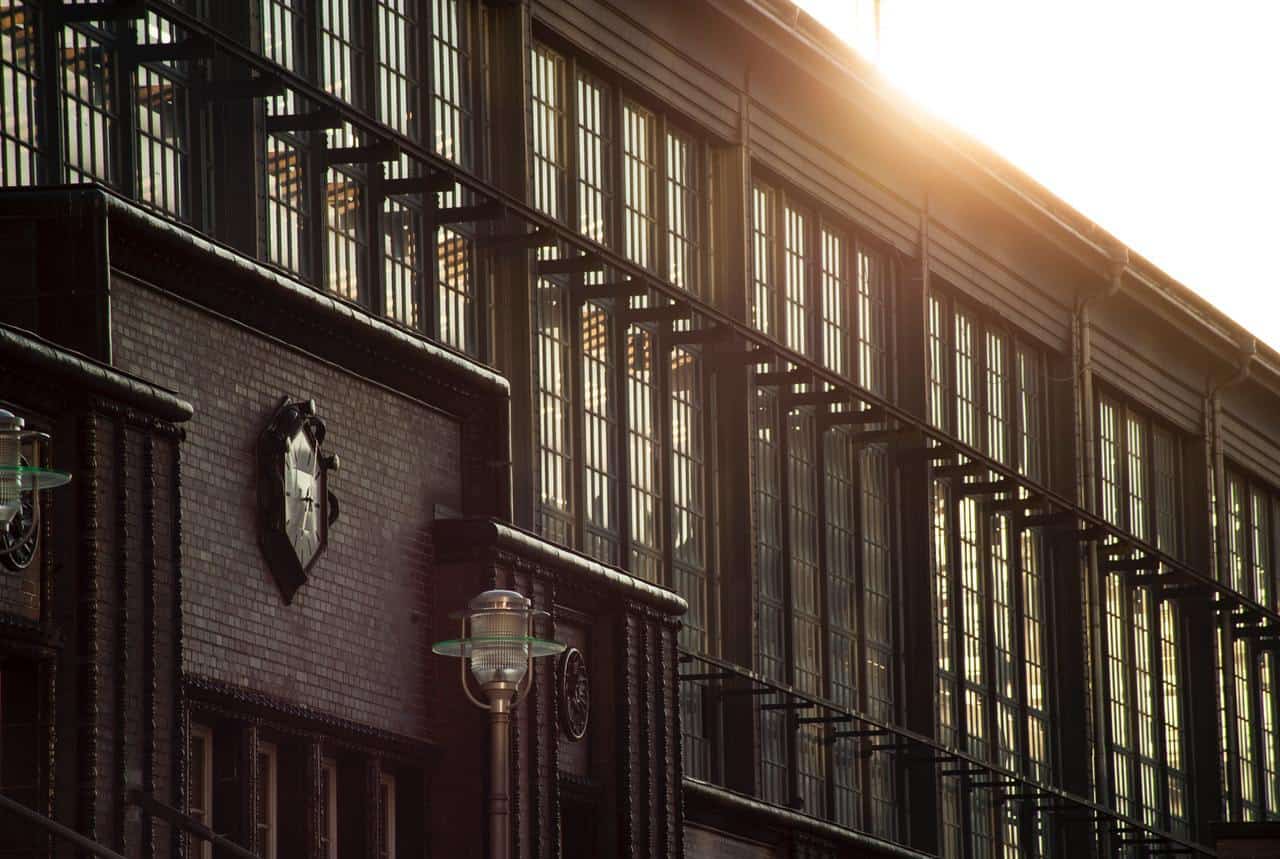 Do You Want to Study in Berlin?
We Can Help You

Pros of studying in Berlin

It’s The Economic Capital of Germany

Germany is considered one of the largest economies in Europe and the reasonable cost of living just makes everything easier. It is also a haven for young start-ups and young professionals. It is also the EU’s second largest city and houses a lot of young and dynamic companies. Businesses such as  Siemens, Deutsche Bahn, and Sony are also based in Berlin. 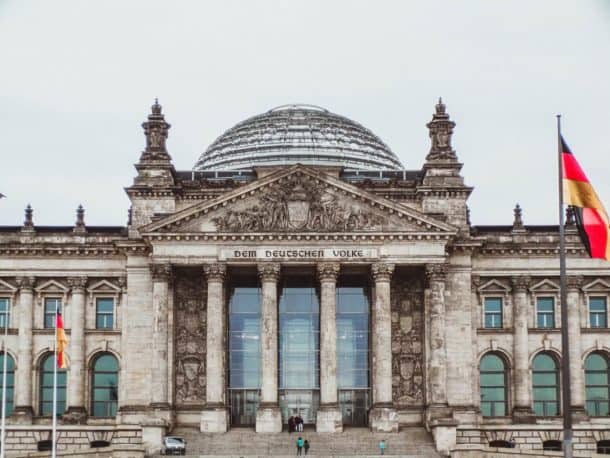 Berlin is a Cosmopolitan and multi-cultural city

With a huge population of 3.5 million, Berlin is very multi-cultural. Over a third of the population of Berlin comes from outside of Germany. Since it has survived the tumultuous times of World War II, the rich history has helped transform Berlin into an epicentre of politics, economy, and culture that it is today. Berlin has attracted people from all over the world in terms of travel as well as studying. The universities in Germany are world-class and are a great choice to study. The city also has a flourishing cultural scene with more than 50 theatres, three opera houses, two symphony halls etc. 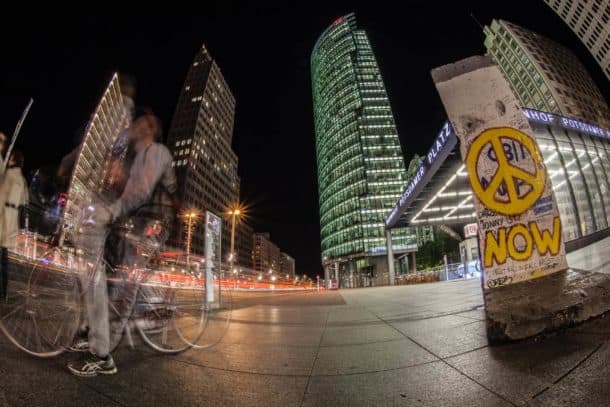 For students studying outside their country, the opportunities to inter-mingle are of prime importance. Berlin is actually known for its phenomenal nightlife. Moreover, it is pretty inexpensive and can fit a students budget easily. Bars and clubs in Berlin stay open for a long time and some don’t even open till after midnight.

As you must have heard, the beer here is cheaper than water. You can buy beer in grocery stores for as less as 30 cents also!

Berlin has a low cost of living

When compared to other EU cities like London and Paris, Berlin is comparatively much cheaper. The apartments here are much more affordable and public transport is also cheap as well. Even eating out at restaurants and cafes is not that heavy on the pocket when compared to other cities. You can survive in Berlin with 900 Euros per month or even less if you’re frugal.

Want to Study at a University in Berlin?
We Provide Free Advice

Cons of studying in Berlin 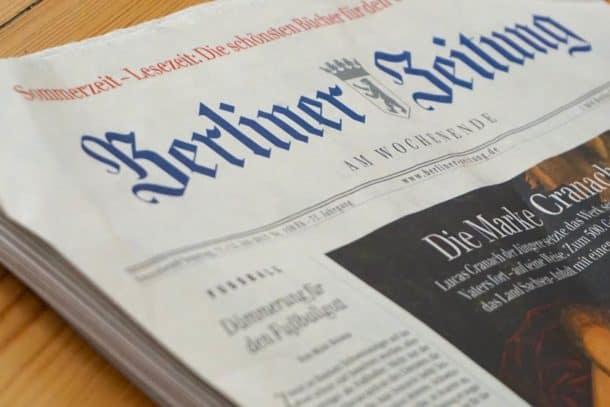 Even though some universities do teach in English, you will find the need to learn at least basic German in order to stay in Germany. Some universities in Germany even ask for a basic understanding of German in order to study in Germany. Berlin isn’t the most accommodating for people who do not speak German. Though simple tourist interaction is done in English, beyond that, if you are living in Germany as a student and for a few years then learning German might be inevitable. You will also be placed at a disadvantage in the job market in Berlin if you don’t speak German.

If you are staying in Germany for a long time, then health insurance is compulsory here and mind you – it is expensive as well! In Germany, everyone is required by law to have German health insurance. In fact, for many, it’s the biggest single living cost factor after rent. Also, one can’t have insurance from overseas, you will have to take insurance that’s from Germany only.

You will also have to pay a number of other taxes like the church tax, TV tax, Solidarity surcharge- which amount to a lot when combined. 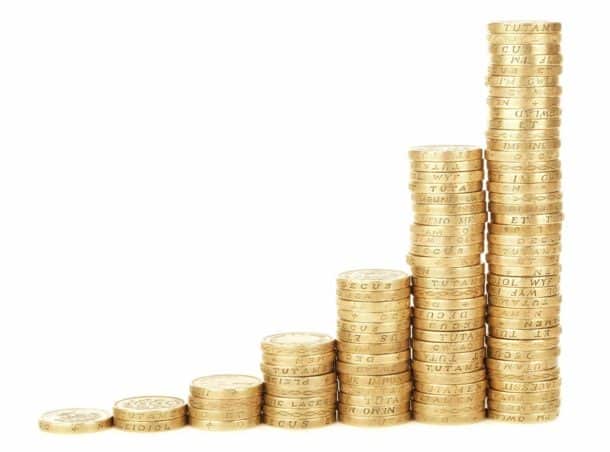 Another aspect that very few people know before studying in Germany is that you have to block a huge 8640 euros in your bank account if you are studying in Germany. Even though there might be no tuition fee, the government of Germany wants to block this amount in your account so that you aren’t focused on earning money during your student life.

Berlin Gets very Cold in Winters

Summers in Berlin can be hot, while the winters can be equally brutal. It gets pretty cold and even the winters of London seem a lot better than the winters in Berlin. So, maybe try experiencing the weather here before-hand before you plan to move here for studies.

Having said that, Germany can be a very exciting place to study because of its multi-cultural population and the diversity it has. The exciting nightlife also helps!

Searching for a University?
Talk To Us About It
Featured Content

Student
4
"I would describe EU as an amazing place to meet people from anywhere all around..."
Read the review
Written by