The Best Student Cities in Germany

Germany is an exciting country filled with vibrant cities and fantastic study opportunities. With that in mind, it’s no surprise that over 300,000 international students flock to colleges and universities there every year. The country also appeared on EDUopinions’ own list of the top countries for students in Europe. But once you’ve decided to study in Germany, where should you go? What are the best student cities in Germany?

From north to south Germany, there are plenty of popular destinations for international students. While choosing the right study destination depends on your personal interests and preferences, a few cities in Germany are regularly crowned the best for students.

Thinking about studying in Germany?
Get advice

What are the Best Student Cities in Germany? 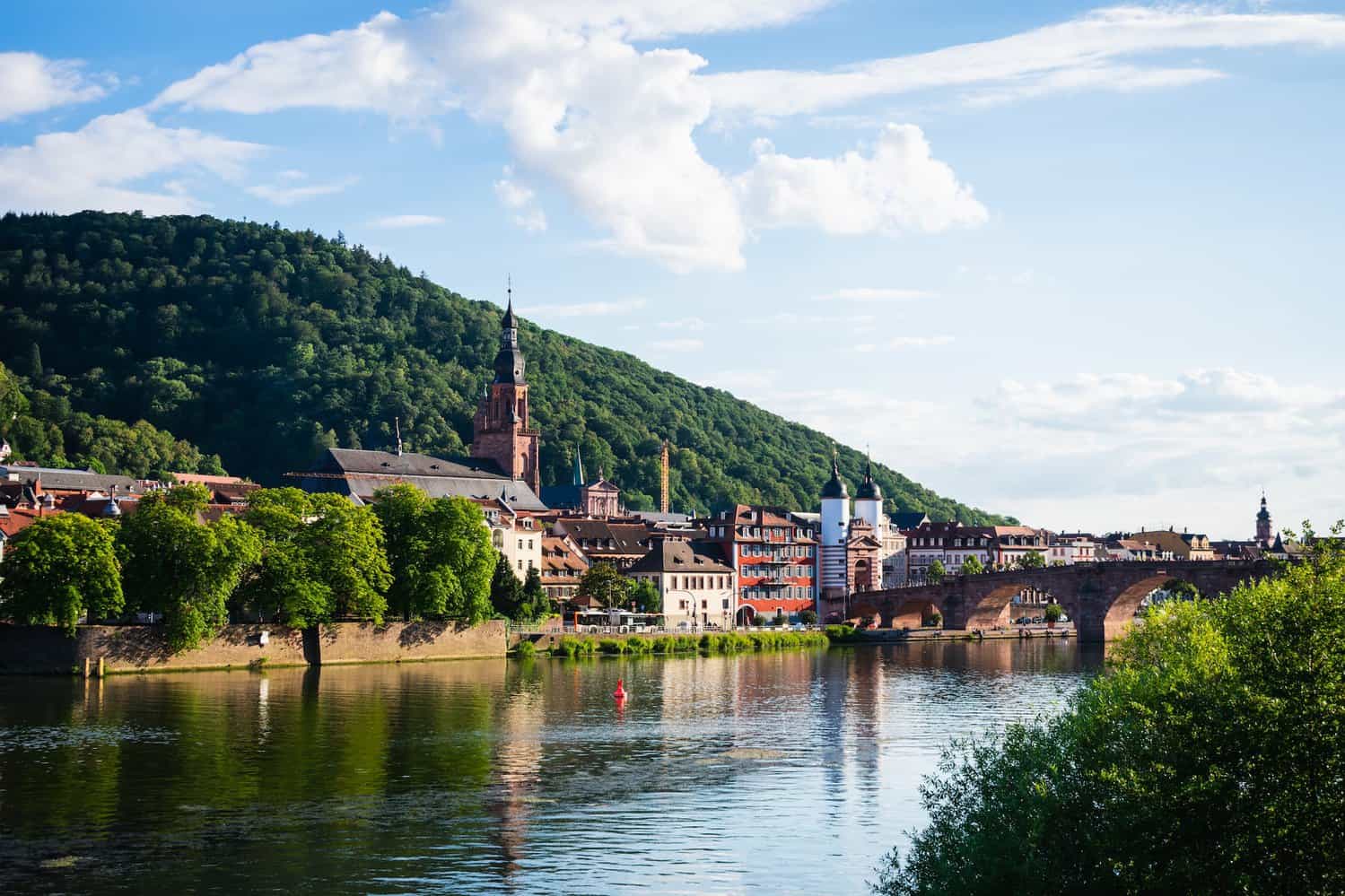 Heidelberg is one of the oldest cities in Germany, with one of the oldest universities. International students account for 20% of the entire student population at Heidelberg University, and for such a small town, there’s a huge population of young people. This means there are plenty of things to do on the weekend, including cultural events.

Though Heidelberg lies in a peaceful location on the river Neckar, it’s just an hour away from Frankfurt on the train. This means students can take advantage of a huge international city on their doorstep at the same time as absorbing traditional German life. 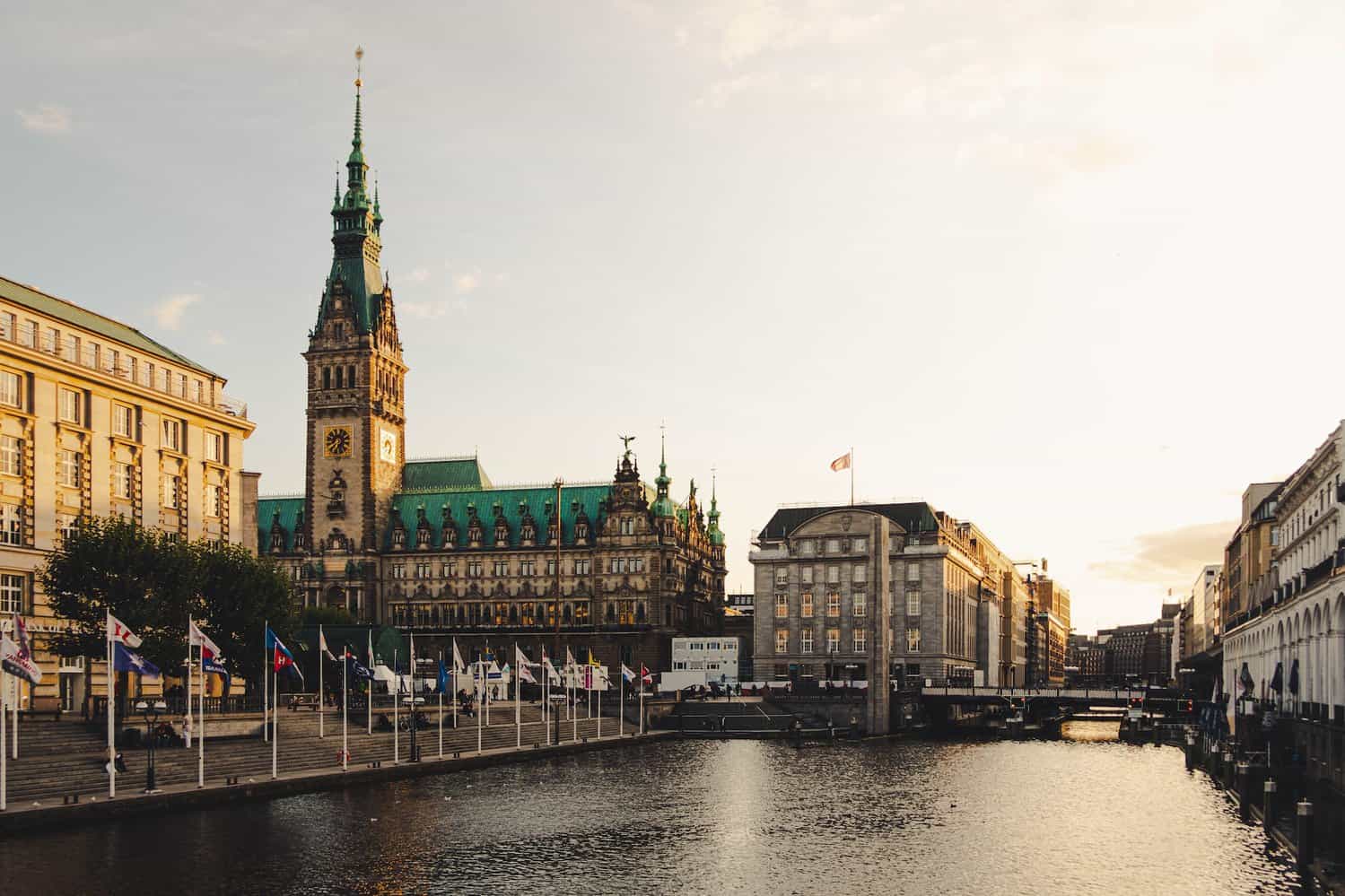 People have long associated Hamburg with its industrial past, but today it’s also a lively student city. It boasts 16 university-level institutions, including the prestigious University of Hamburg, as well as a packed year-round events calendar, encompassing film festivals and food festivals.

The city is also home to a huge number of music venues and museums, so there are plenty of ways to spend your free time while studying in Hamburg. For students looking for a blend of modernity and ancient tradition, this is the place for you. 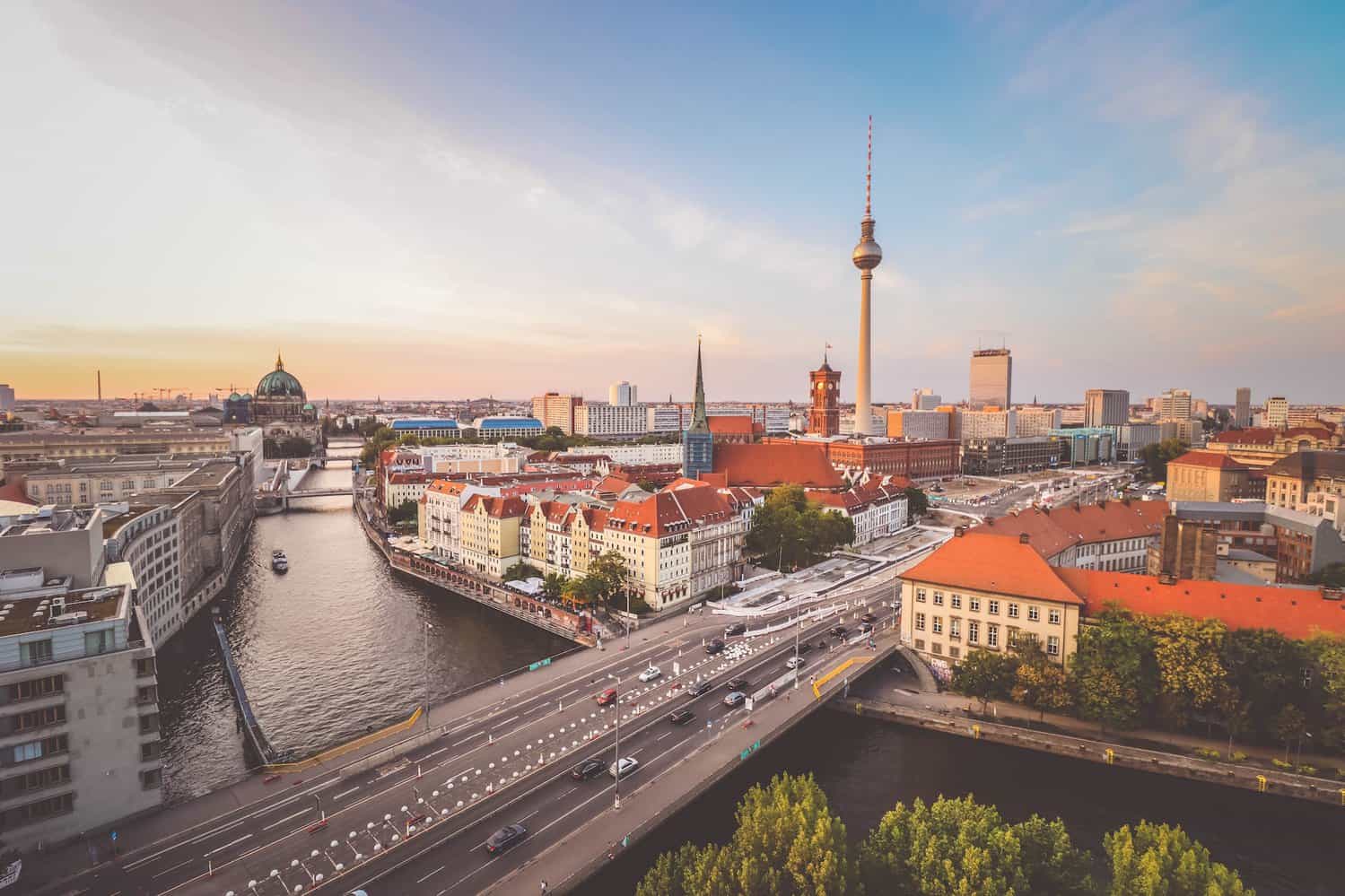 In the capital city of Germany, there’s plenty for international students to enjoy. Its nightlife is world-renowned, but for those seeking a quieter study abroad experience, there is also a wide range of museums in the aptly-named Museum Island area of the city, including the prestigious Pergamon Museum, which will re-open soon after a huge renovation.

Berlin is also home to some of Germany’s best higher education institutions. One of these is the Humboldt University of Berlin, which Times Higher Education ranked in the top 100 universities in the world. The city has undoubtedly earned its place as not only one of the best student cities in Germany but also the world. 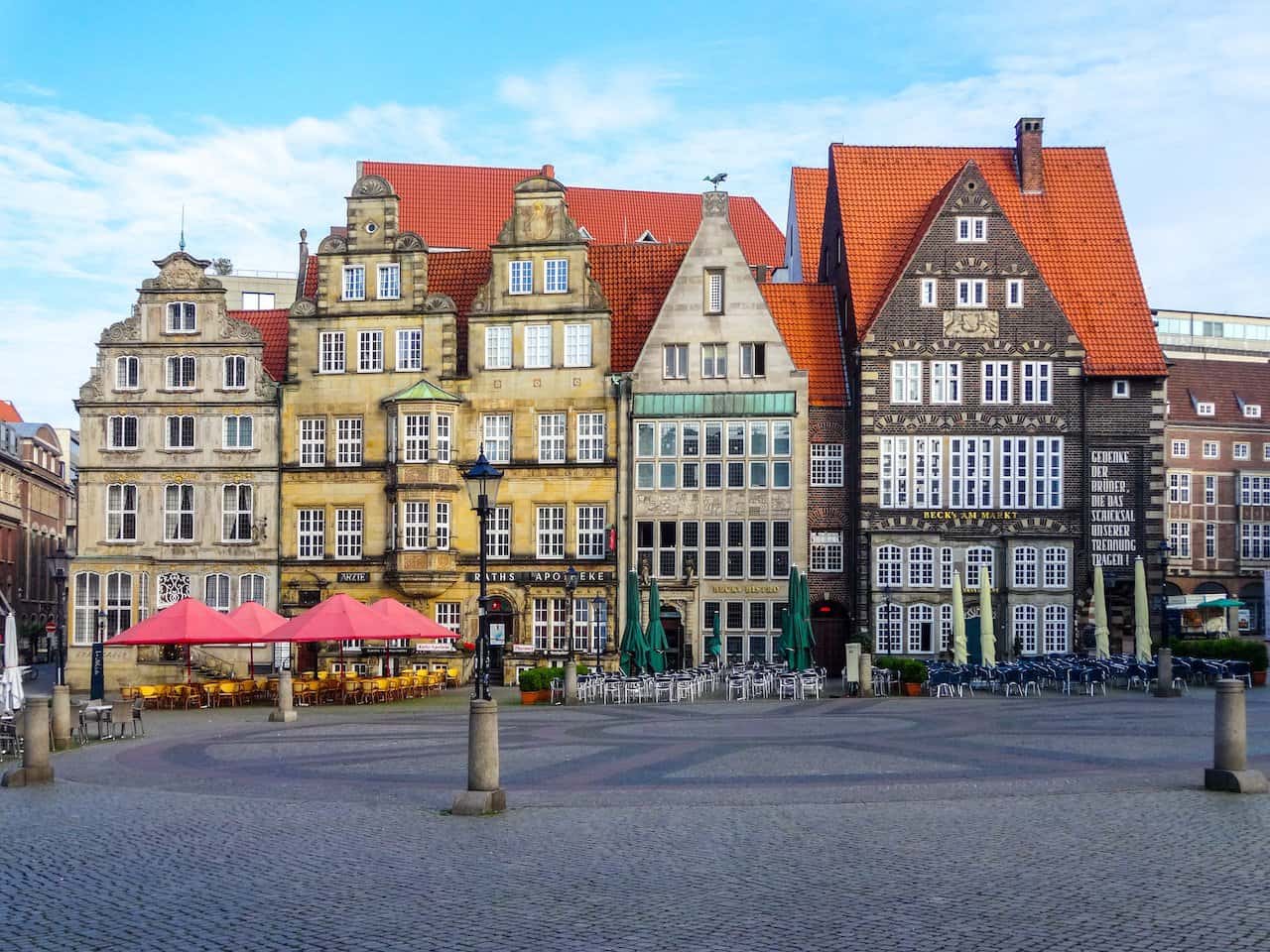 Bremen might not be top of your study-abroad destination list, but it should be. Located in northwest Germany, Bremen is the home of the University of Bremen, which is frequently ranked one of the best universities in the country. In total, the city houses more than 30,000 students, giving this ancient city a dynamic and vibrant atmosphere that students love.

As well as a huge variety of restaurants, cafes, and museums, one of the city’s most popular landmarks is the Freimarkt, Germany’s oldest funfair. Bremen is also well connected to the rest of Germany and Europe. In fact, it’s the only German city with an international airport within 10 minutes of the city centre. This means you’ll find it easy to travel during your study abroad experience. 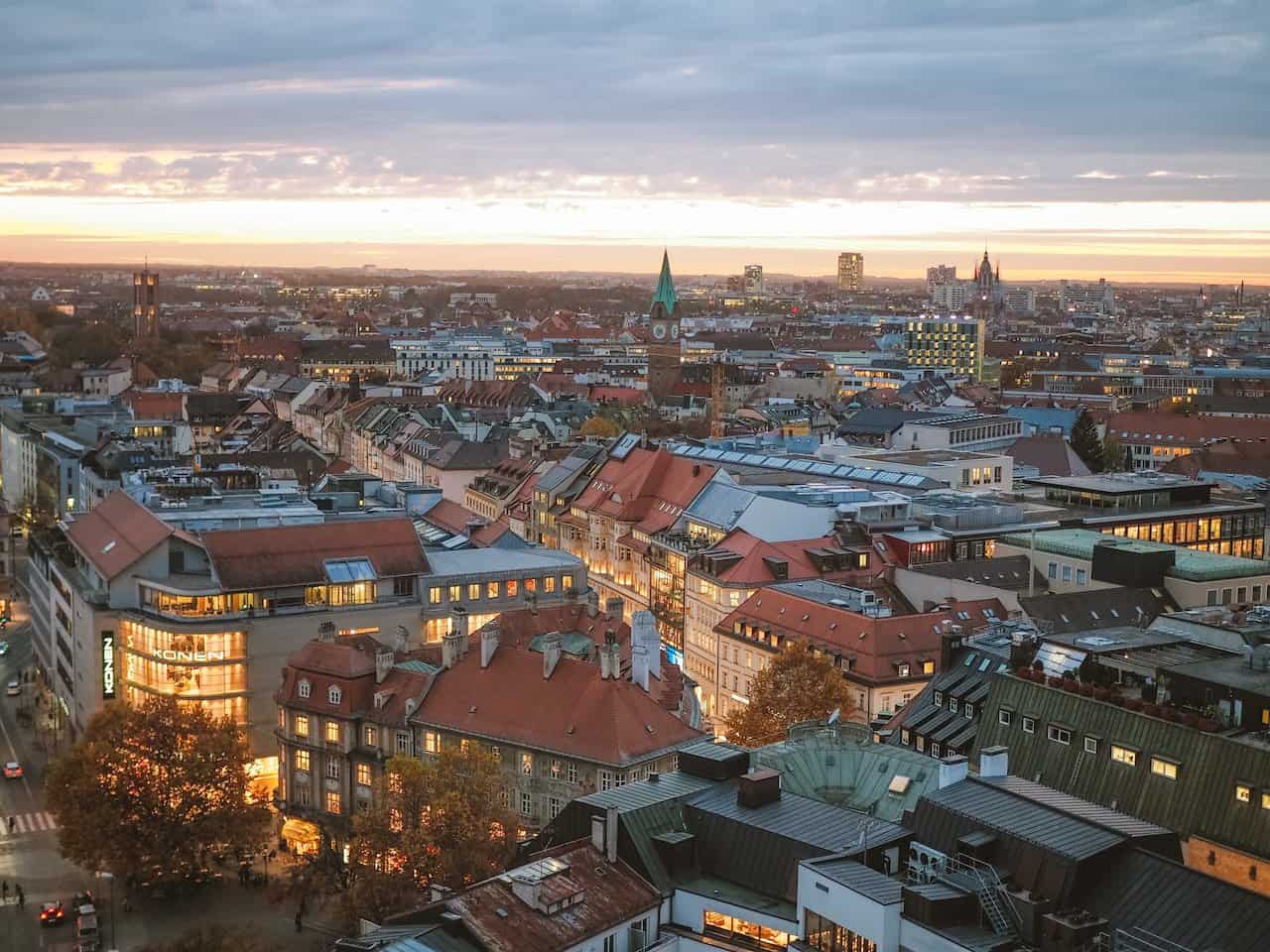 Munich has been officially ranked as the 2nd best student city in the world (second only to London). If this isn’t enough to tempt you, real student reviewers on EDUopinions have also given it the highest score of any student city on this list.

It’s easy to see why. Munich is home to Oktoberfest and contemporary museums and is on the doorstep of the Bavarian Alps. As a result, you’ll find there’s plenty to do as you study in the city. Additionally, two of Germany’s best universities are located in the city: the Ludwig Maximilian University of Munich and the Technical University of Munich. No matter your interests, you’ll find studying in Munich a hugely rewarding experience.

Conclusion about The Best Student Cities in Germany

If you’re looking for a study abroad destination where you can learn at a top-ranked institution and explore a vibrant and unique culture, Germany is the place. Across the country, there’s a huge variety of incredible student cities, where you can immerse yourself in the food, history, and nightlife of this exciting country while you study.

In the end, it’s easy to see why Munich tops this list. Exhibiting a blend of traditional Bavarian culture and modern German sensibility, it’s the ideal place to gain a top-quality education while exploring all the entertainment one of the country’s biggest cities can offer.

Are you thinking about studying abroad but don’t know where to start? Make sure to read our article on 6 Mistakes Students Make in the Enrolment Process for International Universities.

Wondering about other popular destinations for study in Europe? We’ve also covered the Best Student Cities in the Netherlands in 2022.

Looking for a university in Germany?
Find out more
Featured Content

10 Pros and Cons of Studying in Germany

5 Reasons Why to Study Your MBA in Germany

Best Masters in Finance in Germany

Exposure to the international talents