More information about Universities in Switzerland

Are you a big fan of outdoor sports, peaks, lakes and getaways? Are you the type of person that would rather choose the mountains instead of the beach for a getaway from the big city? Consider studying in Switzerland and your getaway will become daily life!

Famous for its landmarks but also watches and chocolate, this beautiful European country is surrounded by Italy, Austria, France, Germany, and Liechtenstein. In addition to that, Swiss higher education is one of the most prestigious there is. Its first university dates back to 1460 and opened its doors in Basel. Other Swiss students cities are Zurich, Geneva, Bern and Lausanne. 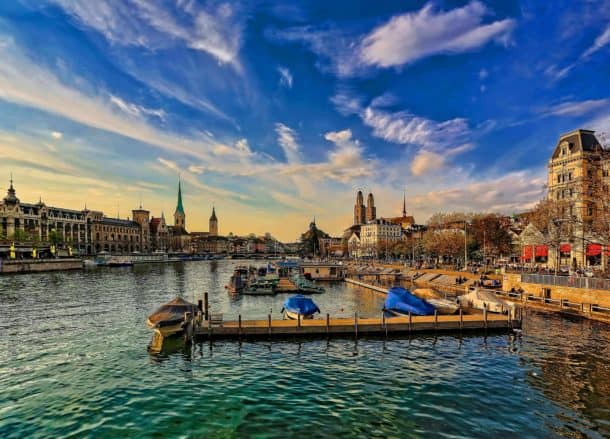 Students from the European Union are not required to obtain a student visa to study in Switzerland, although they still need to provide the same documentation in order to study in the country.

Students need to have an acceptance letter from the university of their choice before they can apply for their student visa, which is no easy feat as Switzerland has some of the best universities in the world.

Once you are accepted to the university of your dreams, you have two options. You can either apply for a C-visa, which allows you to stay in Switzerland for up to 3 months and is ideal for short courses; or a D-visa, which is for courses that last longer than 3 months.

When your acceptance letter comes through you will need to speak to the Swiss consulate in your country to begin the visa application process. This should be done promptly as processing time for a D-visa is up to 10 weeks.

The documentation needed for your visa application includes the acceptance letter along with proof of payment of the application as well as the tuition fees; a confirmation statement that you will leave Switzerland upon completion of your studies, proof of means of financial support along with a valid passport and up to date Curriculum Vitae.

There are 5 universities in the German-speaking side of Switzerland, 2 are in bilingual cantons, 4 are in the French-speaking area, and one is in the Italian-speaking zone. The majority of Swiss universities have their own student accommodation which is available to international and domestic students alike at a subsidised rate.

There is the option of a private accommodation option which is popular with students in Switzerland who want to live together off-campus, although prices for this accommodation is significantly higher than accommodation through the university.

Homestay is also another option for international students who want to experience Swiss culture through the lives of a genuine Swiss family.

Most Swiss universities will have housing and accommodation departments to help international students find appropriate housing.

Applications to Swiss universities need to be made directly to the university via their own website once students have paid the application fee and added the required supporting documents and attachments.

These required documents normally include a signed printout of the application form, a copy of identity document (usually a passport), official academic transcripts and equivalents, and a language proficiency certificate for the language you are going to study in, which will usually be either French, German or English. It is advised to start the application process early, especially to those who come from outside the European Union and will have to apply for a student visa.

Most universities in Switzerland are funded by the government, which means that there are programmes that should fit all students’ needs. On average, students can expect to pay as little as CHF 5000 up to CHF 24.000 for both Bachelor and Master programmes. However, it is important to keep in mind that tuition fees vary depending on where and what programme you intend to study. In fact, MBAs for example can easily exceed that number.

There are scholarships available to help you offset the cost of the tuition fees. Moreover, students from the European Union can benefit also from scholarships given by the European government to help them if accepted.

Swiss people are known for being very punctual. Did you know that they schedule everything? they even plan their meals! Swiss people certainly have very good habits everyone should learn from. For example, they tend to greet everybody on the streets even if they do not know each other, avoid using cars because they prefer to travel by train, and have a perfect balance between exercising and resting. In fact, in Switzerland, you can choose to practice many sports, from swimming to cycling, skiing, hiking, and everything in between.

Some of the most famous places in Switzerland apart from the biggest cities are Jungfraujoch, St, Moriz, and Lucerne. Switzerland is also well connected to the rest of Europe thanks to the presence of seven international airports spread throughout the country. Swiss railways are also well-known around the world, with the Bernina Express and the Glacier Express being considered the best rides as they take you to different mountain resorts with breathtaking views.

Switzerland is one of the most important financial centres in the whole world. Therefore, it surely makes sense to consider it if you would like to study business. Geneva, its second-largest city, is home to the European United Nations headquarters. Furthermore, Swiss MBAs and PhDs are much appreciated globally. Learn more by reading Studying Abroad in Switzerland, The 4 Best Business Schools in Switzerland, and Pros and Cons of Studying in Switzerland.

Switzerland is one of the most expensive countries in Europe, with Zurich and Geneva actually topping the charts for being the costliest cities not only in the continent but worldwide. In fact, a 2-bedroom apartment in Geneva can cost up to CHF 3500. Zurich is slightly more affordable than Geneva but still very expensive, especially for students with limited budgets. Basel, which is home to the oldest Swiss university, is considered to be more affordable than the previously mentioned places.

Even though the cost of living is very high, Switzerland boasts a high quality of life and is considered to be one of the countries in Europe with the highest average wage. Keep in mind that international students, those from outside the European Union, are only allowed to start working after their first semester of studies. In addition, they can only work up to fifteen hours per week during academic sessions. They can exceed this number of hours during holidays, however, they should get the right authorization from the immigration office.

Switzerland is a cultural crossroads, with a number of European countries exerting an influence on the culture of the nation including France, Germany and Italy. The geography of the country has played (and continues to play) an important part in Switzerland’s history, its position amongst the Alps being integral to its neutral position in many wars and in its folklore. Folk art plays a big role in Swiss culture and it is expressed in the form of dance, music, poetry, embroidery and wood carving. Folk art can vary significantly from one region of the country to another.

Switzerland is renowned as a centre of banking, with wealth and status becoming synonymous with Switzerland. IT is also renowned for its chocolate and cheese, for which you will be able to sample plenty of if you choose to study here.

Italian is spoken by less than 10% of the population and is largely in the southernmost parts that share a border with Italy. Romansh is a regional dialect that is spoken in the eastern areas of the country that are most isolated.

Still not sure if Switzerland is right for you?
Get free advice
Sorry, for now, we can only help for business studies.
Thanks!
We'll contact you soon via Whatsapp or Email

Why to study in Switzerland?

It is worth studying in Switzerland as there are plenty of universities you can choose from. Based on student reviews on EDUopinions for Switzerland, the overall rating of schools here is 4.4.

How many universities are in Switzerland?

There are 55 universities and Business Schools on Eduopinions Switzerland .

Can you study in English in Switzerland?

Yes, you can study in English in Switzerland. For more information, visit EDUopinions page about Switzerland .

What is the best university in Switzerland?

Based on student reviews, the best university in Switzerland is Business School Lausanne, whose average rating on EDUopinions is 4.9.