The Pros and Cons of Studying in Madrid

Are you planning to go to Madrid for a year abroad exchange programme? Are you thinking of studying your degree / Master’s / PhD in the Spanish capital? Ranked third the list of the Top Five Spanish university cities, elaborated by Universia, a network consisting of various universities from up to 15 different countries (including Spain) sponsored by Santander Bank, Madrid is indeed a colourful and vibrant city that has many things to offer, both from the educational-cultural and the leisurely perspective. However, it also has a few drawbacks. In this article, EDUopinions will take a closer look at all the different pros and cons of studying in Madrid.

PROS OF STUDYING IN MADRID

Madrid is a city in which you can always find people from many different countries, and that has learned to combine modern infrastructures and new technologies with a huge cultural and artistic patrimony. This city is considered nowadays one of the favourite destinations by many foreign students, so studying in Madrid will certainly allow you to be in contact with many different cultures and enjoy an open and enriching atmosphere. 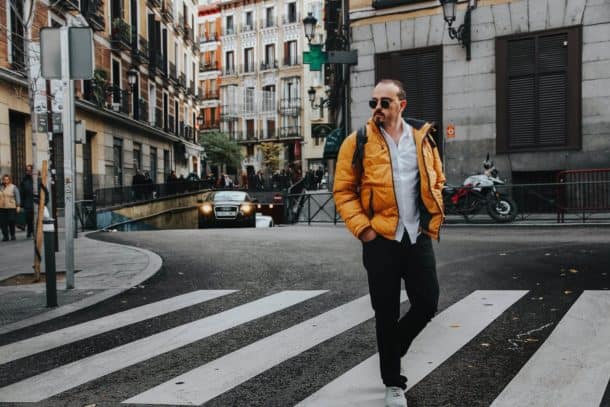 Ranked as eighth in the 100 Safest European Cities for International Students list of 2018, if there is something many people truly enjoy about Madrid is the safety with which they can walk its streets and use its public transport, both by day and night. While some cases of scamming and pickpocketing in crowded areas have been reported, violent crime is (thankfully) not a frequent issue in the Spanish capital. Just make sure you pay attention to your personal belongings if you’re going to a place where there will most likely be a lot of people and never listen to the advice given by strangers.

A wide variety of universities to choose from 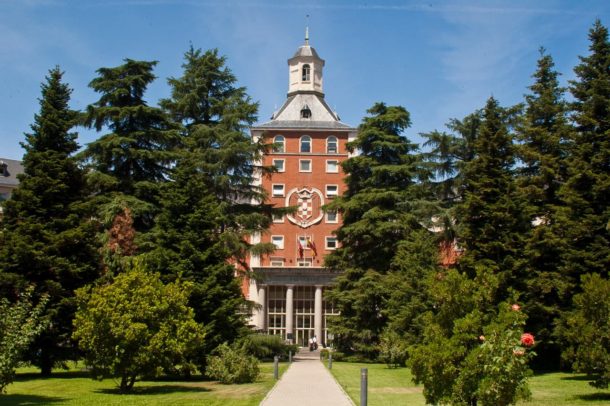 Madrid is home to various universities and specialised schools, both public and private, which means that studying in this city involves having the opportunity to participate in exchange programmes and to choose from many different degrees, specialisations and career opportunities. Concretely, the Community of Madrid houses many prestigious public and private institutions, including:

Want to study in Madrid?
We can help

It has an economically affordable lifestyle

Unlike many other European capitals, Madrid doesn’t have a particularly high cost of living. Groceries and essential things to use every day are (thankfully) quite cheap if we compare their prices to those found in other capitals like London, Paris or Vienna. Besides, going out in Madrid is generally less expensive than in many other European cities, so you can easily go out for tapas one night or attend an exposition without leaving behind an arm and a leg! Furthermore, most establishments in Madrid are open until late at night and even on the weekends, so the city always looks alive and welcoming. Another aspect that makes Madrid an economically accessible city is its public transport: the city possesses an excellent public transportation network with trains, buses and Metro that will take you to all its corners. 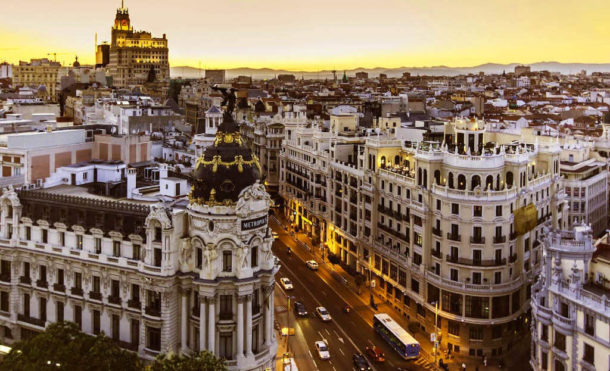 Madrid is a city which houses many interesting museums, monuments and landmarks. Studying in Madrid will give you the opportunity of visiting unique museums that won’t leave the lovers of Literature, History, Natural Sciences and the Fine Arts indifferent, such as:

But Madrid also has many other exceptional places to pay a visit to. Every foreign student who goes to Madrid must take a stroll through Gran Via (the “Spanish Broadway”), visit the Puerta del Sol (the most important public square in Madrid), check out the outdoor markets in Plaza Mayor, and enjoy a good picnic with friends in the Buen Retiro Park. You can also enjoy watching a beautiful sunset at the Temple of Debod and the breath-taking views that the Madrid Cable Car has to offer, admire the Puerta de Alcalá (which is one of the five original gateways that gave access to the capital) and try delicious “tapas” at the Market of San Miguel! And for those who are real party animals, the neighbourhoods of Malasaña and La Latina are an obligatory stop at night!

A rich and varied gastronomy

Madrid not only offers visitors traditional Spanish dishes, but it also houses many restaurants specialised in foreign cuisines, such as Arabic, Indian, Greek, Italian, Mexican, Russian, and Japanese. But while going to the Casa Árabe of Madrid (a centre for the studies and diffusion of Arabic culture with its own typical restaurant) or to Las Noches de Moscú (one the best Russian restaurants in the city) in order to try something different or combat homesickness is certainly a pleasant experience, you shouldn’t leave aside the opportunity of discovering Spain’s rich cuisine. While you are in Madrid, you will have the opportunity to visit many of its traditional Ham Museums, sample the delicious churros with chocolate at the Chocolatería San Ginés (originally founded in 1894) or enjoy the vintage atmosphere at Elektra Madrid and Lolina, some of the cutest cafés in the city!

Located in the very centre of the country, Madrid has the advantage of not being too far away from any other place within the Iberian Peninsula. This means that lodging in Madrid offers you the possibility of being able to travel to other parts of the country in a comfortable and accessible way. Madrid is not very far away from several other beautiful and interesting Spanish cities such as Toledo, Segovia, Cuenca, Alcalá de Henares, San Lorenzo de El Escorial… So you have practically no excuse for not visiting these places during your stay in Madrid!

Looking for a university in Madrid?
Get free advice

CONS OF STUDYING IN MADRID

Whereas the general living costs of Madrid are quite accessible in comparison to several other European capitals, the cost of studying at Spanish public universities is the highest within the European Union. While the prices differ greatly from region to region (with Catalonia and the Community of Madrid offering the most expensive programmes), the average cost of obtaining a university degree in Spain exceeds 2,000 €. Nowadays, some political parties are suggesting lowering the prices of higher education; nevertheless, university formation programmes in Spain (even those offered by public institutions) are still quite expensive in comparison to many other European countries.

Most housing costs in Madrid are extremely overpriced 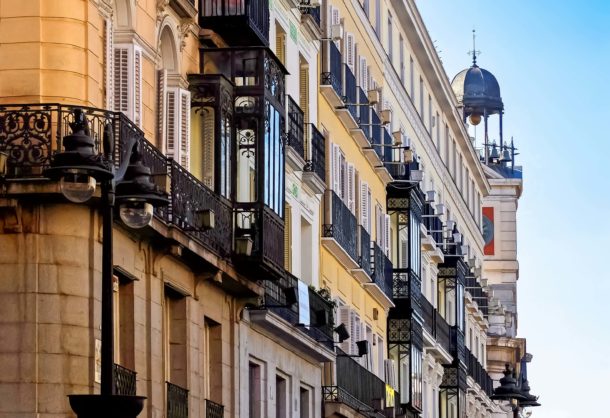 Along with the elevated costs of public universities, Madrid also possesses notably expensive lodging offers. That’s the reason why most local students still live at their parents’ home while completing their university education. In Spain, student residences and residential colleges are a luxury that most people can’t afford. Unlike similar lodging services found in other European countries, these institutions usually offer “full board”, including daily meals and cleaning and laundry services. Nevertheless, the fact that their average prices range from 400 € to up to 1,600 € is one of the main reasons why most students coming to Madrid from other parts of the country or from abroad choose to stay in shared flats. On the other hand, finding a good flat with an affordable price can easily become an Odyssey of its own. Finding accessible accommodation is possible in Madrid; however, there are still many landlords and landladies who ask for a ridiculously high price in exchange for a dwelling space… and several students have had to share their flats with nine or ten other people so that they could pay for their part of the rent.

In comparison to most European countries, Spanish people don’t have a very high English proficiency level. Most people blame this issue on the local education system and on the fact that foreign films, movies and series are always dubbed in Spain; but the real thing is that most Spaniards (independently of their age) have limited English fluency. While most universities in Madrid offer courses in English for foreign students, it may be difficult to communicate or make yourself understood in the streets if your level of Spanish proficiency isn’t very high. 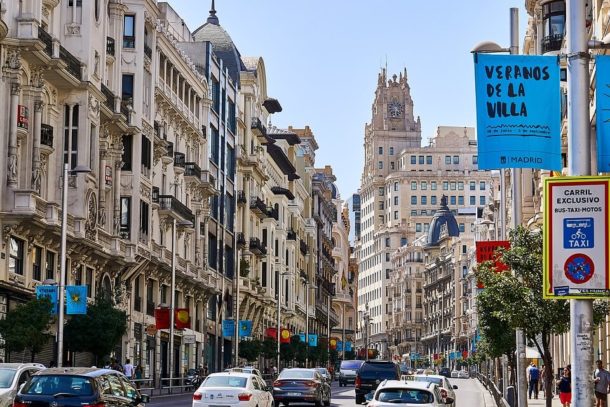 Just like in any other big city, constant noise and pollution are very present in Madrid, especially in the very centre of the capital, where traffic never stops and nightlife is rich. In fact, investigations of the World Health Organization have included Madrid in their list of the 50 noisiest cities in the world, where it ranks as 16th. But acoustic pollution isn’t the only problem of contamination that prevails in the Spanish capital. Environmental pollution is also a big issue in Madrid, especially during the summer, where scarce rains allow the accumulation of harmful particles coming from the emissions of cars, industries and energy consuming. Several measures are being taken in order to try to reduce the pollution problem, but they still aren’t very effective.

To sum up, we could say that Madrid is truly a lively, colourful and diverse city with many opportunities and a very broad culture to offer. Even though it has its few downsides, it is an interesting and pleasant place to live and study. So if you’re thinking of studying in Spain, make sure to take Madrid into account as a potential destination!

Study in Madrid!
Talk to us about it

Student
5
"As an international student, I felt like Alba was the best place for me. I..."
Read the review
Written by