10 Reasons to Study Abroad in Spain 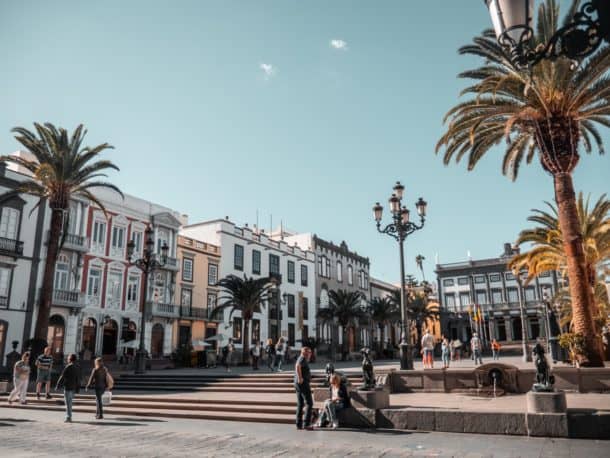 1. Each city has lots to offer:

No matter which city you are eyeing to study in Spain, every city has lots to offer to students who are looking to study abroad. Barcelona might be the obvious choice for many students. It is a huge, vibrant city. The parks, beaches, nightlife are most loved by the students. You can also opt for cities like Sevilla, Valencia, Madrid, Granada. Madrid also remains a popular choice for students looking to study abroad. It is often referred to as the “New York” of Spain due to its size and range of neighbourhoods.

2. Immerse yourself in Spain’s history and culture:

Another reason to study abroad in Spain is that it enables you to soak up some culture and history. There are lots of things to see like museums, cathedrals, castles. Spain has played a role in some of the most dramatic events in human history. If you are studying history or arts, Spain is one of the best countries to study abroad. The numerous museums include El Prado (Madrid), Museo Nacional Centro de Arte Reina Sofia (Madrid), The Guggenheim Museum (Bilbao). Or you can explore some of the churches like the Royal Palace of Madrid, Alhambra (Granada), Royal Alcazar & Gardens (Sevilla).

3. You will be able to learn a new language:

the Spanish language is one of the world’s most influential! Spoken across oceans and continents, Spanish is the second most spoken language in the world when you count only native speakers. No doubt, when you come to Spain to study, it is a must that you should try and learn the language. Many universities even offer courses for students to learn Spanish.

Another reason to study abroad in Spain is that the cuisine here is extraordinary! Gazpacho, Chorizo and other cured meats, Spanish omelettes and much more- the Spanish cuisine is one of a kind. Of course, let us not forget tapas! To experience tapas like a local, make sure to bring along some of your new international friends, then go find a bar to get a drink and order your first round of tapas. Tapas are supposed to be enjoyed at several different spots over an evening.

Want to Study in Spain?
Get free help!

5. Participate in the Spanish Fiesta:

It’s no surprise that the Spanish people love celebrating. Celebration means, fests! There are so many famous festivals held in Spain all throughout the year. The most famous being the, La Tomatina. This is the worlds largest tomato fight, yes you read that right! For about one hour, thousands of people throw tomatoes at each other, drenching the entire town in tomato pulp! Cities and small villages alike all have their own special celebrations, some of which have become world-famous. There are also Carnival celebrations that are held throughout the month of February.

Art students would definitely love this side of the city. Spain has lots of art and literature to embrace, which gives the students another reason to study abroad in Spain. Start by exploring the diverse literature produced by famous Spaniards such as Miguel de Cervantes or Javier Marías.  There are man famous painters from Spain as well, Pablo Picasso, Salvador Dali, Francisco Goya, or Joan Miró are just some of them! Studying in Spain is a great way to explore these world-famous works in museums

If you’re a sports fanatic, you will know that in recent times Spain has had a lot of sports success. Spain is definitely dominating in soccer and tennis in recent times. Spain also hosted the FIFA World Cup recently.

Yes, Spaniards party had and rest harder! Spain is known for a lunch break in the middle of the day. Many shops shut down and families use this time to bond. Students can also use this time to their advantage by resting, completing assignments, enjoying a walk around a park or hanging out with friends!

Choosing to study outside is not an easy idea. However, it is definitely a great one for students who are up for the task. You can find yourself, explore new tides, make new friends and just learn how to be an individual in this world at large.

10. Marvel at the unique landscapes:

Spain is known for its varied landscapes that it has to offer. Spain has beaches, mountains, countryside and parks. A lot more than any usual city may have to offer. Feast your eyes on this array of must-see places, from beaches to ancient towns and landscapes.

Looking for a University in Spain?
Talk To Us
Written by