What It’s Really Like to Study Abroad in the UK

Travelling is definitely the number one thing I like to do. I enjoy it even more when I get to work or study abroad. So, for Erasmus semester I decided to study abroad in the UK.

What it’s really like to study abroad in the UK? 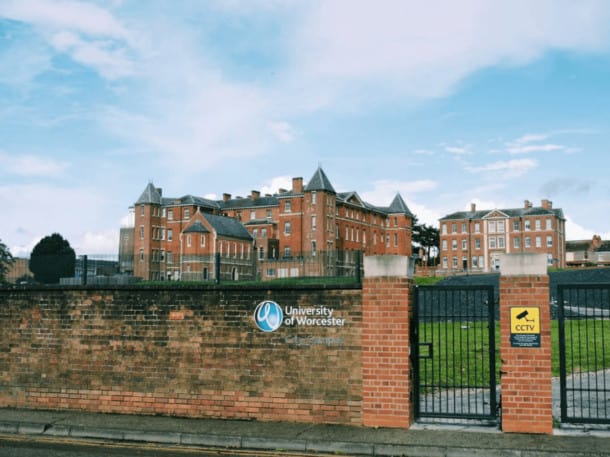 For one semester, the University of Worcester became my home away from home. Student ambassadors picked me up at the airport along with all the Erasmus and International newbies one rainy day of September.

All international students attended a mandatory event the following day during which they were informed of campus rules and had an amazing free breakfast.

Welcome Week was definitely one of the best weeks of my entire exchange period. Numerous events took place every day for what was technically more than one week: societies fair, sports fairs, and city tours.

The university has numerous facilities around the city, but the biggest campus is called St. John’s. The campus is not huge, but it is definitely well-served. It literally took me five minutes to get to class from my flat, and three to get to the gym for a workout. There is also a bar, laundry rooms, and a small groceries shop.

In my opinion, the University is very well organised. First Point is where students can go and ask any kind of question and seek help. Staff analyse the situation and redirect students to different departments depending on what the issue is, it is a great system!

Request Info about studying in the UK 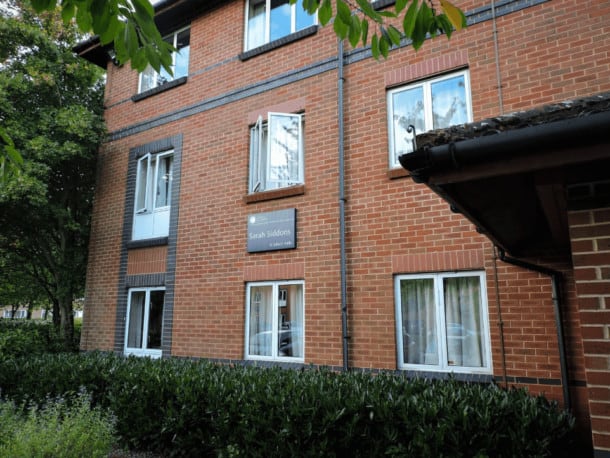 Living on campus was great. As I previously mentioned, everything is within reach. However, there is a but. It can get very expensive. On average, a room in a dorm flat is £130 per week (and can reach £170). Instead, the second or third-year students living in private accommodation options were paying approximately £250 per month.

I shared two bathrooms and one kitchen with five other students. Thankfully, every flat had a storage room that came with things such as a mop, iron and iron board, and hoover. The rooms also came with bedding, so all we had to buy was limited to kitchen utensils and toilet paper.

As I mentioned earlier, St. John’s Campus has a bar on-site, with a dance floor, a couple of pool tables, and a foosball table. The prices are affordable and the music is enjoyable. For everyone else who is up for a night out, the city offers different options for pubs and clubs. The most famous is probably Tramps, with multiple dance floors and all kinds of music. For those who are not night owls, the University is home to endless sports clubs and societies that meet the interests and needs of everybody enrolled.

Want to study in the UK?
Get free advice

Surprisingly enough, I found groceries to be either as or less expensive than my home country. Some things that are very popular in England are beans and porridge, which are very inexpensive: a can of beans can be as cheap as £0.20 and a 1kg-bag of oats can be as little as £0.70.

Aldi and Asda were my favourite supermarkets. Aldi for it’s proximity to campus, and Asda because it is bigger and has also home products rather than just groceries.

Poundland and Poundworld are also great options for students as most products are about £1.

Eating out can be inexpensive even if normally speaking, it is not. Chain restaurants usually offer student discounts on weekdays. The Crown (or Wetherspoons) is an affordable option, whether you want to have a few drinks, have a burger or fish and chips. 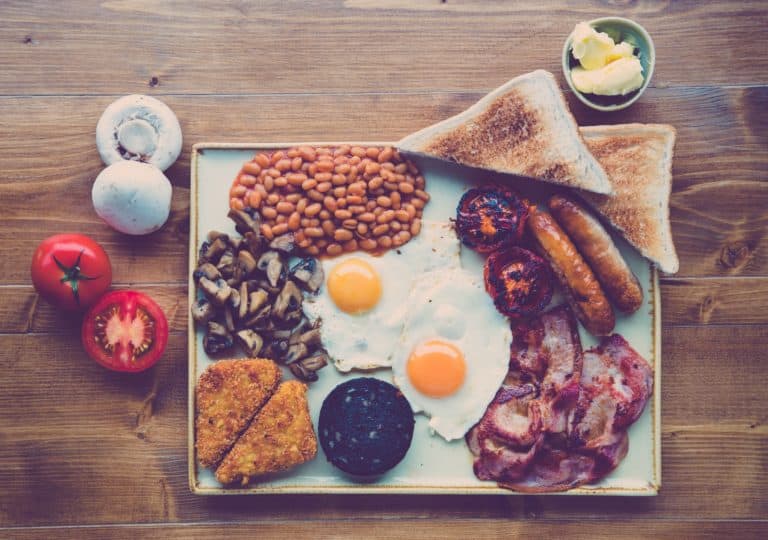 English food was not heard of before. I am grateful for that though because I have been able to experience it all without any prejudice. I personally like English Breakfast, Sunday Roast, and Fish & Chips. If you are picturing milk and cereal for breakfast, forget it. In England, breakfast is a combo of beans, eggs, sausage, toast, bacon, tomatoes, mushrooms, hashbrowns, and black pudding. For someone who normally has espresso and a croissant, it was definitely a shock at first. In England, food is usually served all at once as an “entrée” rather than in courses like it is in Italy, for instance.

I consider myself resilient and I adapt easily. I did not think that the language was going to be a problem. Once I got there though I could not understand anything people were saying. After living in the US for one year, British English felt like a completely new language. It got extremely better when I started working at a local shop in town. It was crowded most of the time so I had the opportunity to chat with customers, or even just with my colleagues.

Also, what’s up with English sinks? Apparently, there is a reason why Brits prefer a 2-tap sink rather than a regular sink, but let me tell you, it’s a struggle to get the water temperature just right.

Something I still fail to understand is day-drinking. I once had a meeting at eleven o’clock in the morning and one of my classmates showed up with a beer. It was already his third. If anything, I had a Macchiato.

One of the many things that people told me to watch out for was the weather. “Why the United Kingdom when you could go to Spain for your Erasmus?”.

Believe it or not, I might have been just luck, but the weather wasn’t that terrible. It did rain, but after one year in Denmark, it did not feel like a problem.

Despite the fact that the campus is well organized and I have been lucky with the weather, what made my Erasmus special was the people. By cooking and sharing moments with people from different countries and cultures you will grow without even realizing it.

Find the right programme for you
Written by