The Pros and Cons of Studying in Dublin | EDUopinons

The Pros and Cons of Studying in Dublin

Did you know that Dublin is the capital of the 20th biggest island in the world? Ireland is also the second most populated island in Europe. In 2018, the city was also listed in the top thirty global cities in the world by the Globalization and World Cities Research Network. This is just one of the pros and cons of studying in Dublin.

We will now cover more here at EDUopinions and you can feel free to contact us for personalised advice.

Half of the Irish Universities are in Dublin

One of the pros of studying in Dublin is definitely having the chance to attend some of the biggest Universities in Europe. Trinity College Dublin is the highest-ranked, being 108th in the World, and the oldest institution in Dublin. The other prestigious University College Dublin is ranked within the top 1% of higher education institutes in the whole world. It is also one of Europe’s leading research-intensive universities and the biggest in Ireland. Dublin is home to other two universities out of the eight Irish institutes: Dublin City University and the Dublin Institute of Technology.

The first language of Ireland and Irish people is English. Because of that, the majority of the courses are offered in English, which gives students the opportunity to choose from numerous courses. They also have a higher chance to find a part-time job during their studies. Doing so is harder in other EU countries where the first language is not English.

Do You Want to Study in Dublin?
Get free help!

Dublin is a wonderful city rich in sports, music, and art and is one of the best destinations in Europe for a study abroad experience. Dubliners love to drink and socialize. Just like any other capital, it offers a lot of different ways to have fun but do not worry if you are seeking for a getaway from the city. In fact, Dublin is only a car-ride away from some of the most scenic places in Ireland. Some of the most popular places are the Wicklow Mountains, Blarney Castle, Cork but if you are willing to drive a bit further also the breathtaking Cliffs of Moher. The possibility to travel around the country makes Ireland the perfect study abroad destination. 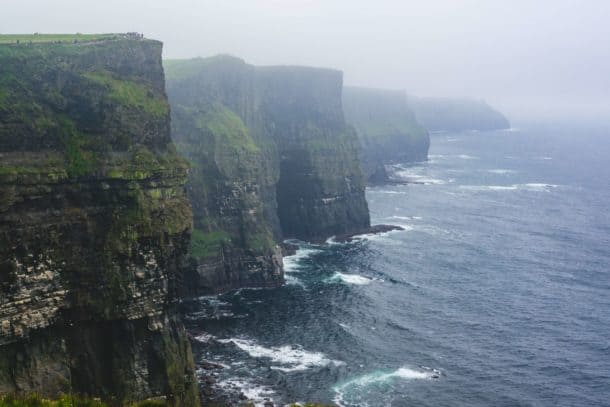 Microsoft, Google, Facebook, Apple, Dell, and many more Multinational companies have offices in Dublin, which is definitely something that attracts young students and convinces them to stay even after graduation to pursue their careers.

As a consequence of the fact that Dublin is expensive, students might even have to share their room with other two or sometimes three or four individuals. Normally students tend to share the flat and keep their rooms private. Having to share all facilities makes it hard to relax or spend time alone.

Many students would describe the weather as “bad”. I decided to avoid that adjective because it is a personal judgment rather than a statement everyone can agree on. Apart from what students believe is good or bad weather, studies from sciencing.com show that Seasonal Affective Disorder tends to affect people who live under a permanent cloudy sky. Living like that means that they are not as exposed to sunlight as individuals living elsewhere. As a result, they are more likely to be irritated, they might have problems sleeping or have concentration issues. International students might also not be used to the weather which is a factor that could also affect their academic and social performance. 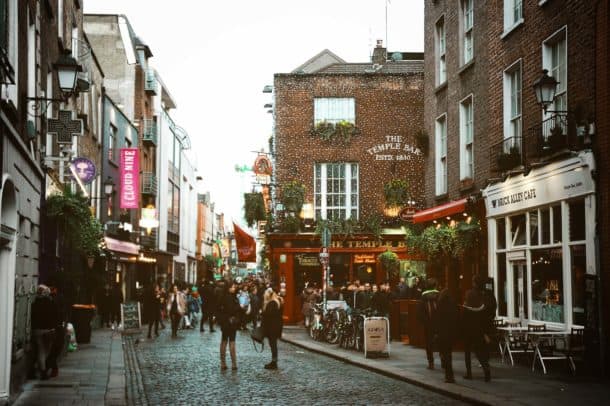 By living in Dublin, you get the best of both worlds. The city is surrounded by nature and beautiful landscapes. It might be smaller than other capitals but it offers anything students and recent graduates might be looking for. For example, some wish to continue their studies and others their professional careers. The purpose of the above-mentioned pros and cons of studying in Dublin is to help students decide their future. Is Dublin the perfect fit for them or do they want to redirect their decision towards another study abroad destination?

Looking for a University in Dublin?
Ask Us
Written by