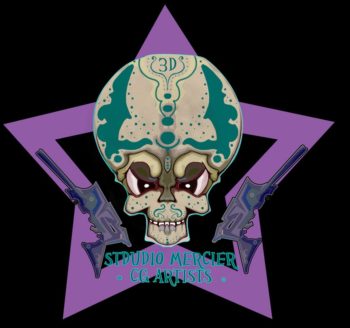 4.0 1 Review
Very personals and practical hands-on training
This is a small school and at the same time a production studio in the heart of Paris The expertise of their staff is clearly shown in the clientele of the studio which produces and publishes music videos as well as a mobile game for major names like Iggy Pop [...]
View more Ask the reviewer

4.0
Art & Design
1 Programme
4.0
Film and Digital Art
Do you have any questions?
Sorry, for now, we can only help for business studies.
Thanks!
We'll contact you soon via Whatsapp or Email
Write a review

Psychology and History ; A interesting blend of subject , classes and topics
I enjoyed living and studying on campus The campus was beautiful and well maintained The classes were often small seminar-based and it was a very engaging way to learn and hear other viewpoints by discussing others' viewpoints The dissimilarity of my two subjects gave me a wide range of subjects [...]

Keele University - KLE
Keele, The United Kingdom
View more Ask the reviewer
Learn python
I would recommend it however skills in python are extremely required you basically need it for each subject and if you do not have AI background make a course before you apply Additionally knowledge in Mathematics linear algebra and depending on your track could be health cognition or AI itself [...]

Vrije Universiteit Amsterdam - VU
Amsterdam, The Netherlands
View more Ask the reviewer
The campus
I spent years at UAB studying economics There are many facilities on the campus and it's also a great university to meet nice and interesting people UAB is becoming one of the most required universities in Spain by Erasmus students due to the good reviews There are many different kinds [...]

Universitat Autònoma de Barcelona - UAB
Barcelona, Spain
View more Ask the reviewer
Great campus, flexible and resilient program
The biggest recommendation before starting your studies would be to talk with former students and create your personalized study program WU can be a great university yet the Austrian upper education system can create artificial study barriers such as not enough spots per course that can slow down your rhythm [...]

Vienna University of Economics and Business
Vienna, Austria
View more Ask the reviewer
Pragmatic learning approach at the Faculty of Biology, UB
The program is wholesomely structured Basic theory built to understand what is being done in the industry today The professors are interested in what they teach which makes coming to class more pleasurable Finally it's a huge university Many campuses over the whole city [...]

Universitat de Barcelona - UB
Barcelona, Spain
View more Ask the reviewer
International relations can actually teach you to do a real job!
First I was afraid my bachelor would be very general and not give me the real sense of the working reality Le bachelor in Geneva gives you the opportunity to choose an orientation I chose international law and since my second year I ve been studying mostly law The other [...]

University of Geneva - UNIGE
Geneva, Switzerland
View more Ask the reviewer
Sorry, for now, we can only help for business studies.
Thanks!
We'll contact you soon via Whatsapp or Email
Are you managing this university?

If you're the owner or representative of Studio Mercier, you can claim this University and build a better profile.

Claim this University
Interested in studying at Studio Mercier?
Give me more information for free