The Pros and Cons of Studying in Seoul

Asia has been one of the popular destinations for international students to not only benefit from the high quality of education and standard of living but also increase their intercultural competencies while broadening their cultural horizons. According to QS Best Student Cities Ranking Top 10, Seoul (capital of South Korea) is one of the best cities for a high-quality student experience with its state-of-the-art campuses, jaw-dropping technology, refreshing nature, and breath-taking historical sites. Now, EDUopinions will take a look at the advantages and challenges of studying in Seoul.

The Pros of Studying in Seoul

The technology and internet access in South Korea are among the best and the most convenient in the world. For example, in some universities, students can reserve and choose their preferred seats in the library through a live online monitoring system. This system helps maximize the efficiency and effectiveness of students’ experiences in the library. In addition, in order for international students to improve their Korean listening and comprehension skills, they can watch national TV even without an internet connection and free of charge on their mobile phones.

Furthermore, providing one of the fastest internet connections in the world (four times more than the average world speed), students can enjoy more than 10,000 free Wi-Fi spots in Seoul: university campuses, libraries, coffee shops, restaurants, stores, healthcare centres, subways, railway stations and even taxis, to name a few. And, best of all is the powerful internet connection in prepaid Sim Cards that allows users to have internet access anywhere, ranging from inside the elevators to underground (basement) levels.

Need help with your Studies Research?
Get free help

Many South Korean universities offer courses in the English language and help international students with many types of scholarships and research funds. In addition, with the recent popularity of Korean Pop Culture (e.g. K-Drama and K-Pop) among international fans, many people from all around the world have started studying, living, and working in South Korea. As a result, universities have a great rate of cultural diversity and the probability of international students feeling homesick is extremely low.

Moreover, there are many opportunities for both national and international students to get to know each other and become friends. For example, universities pay extra attention to include group projects in each course (which also means less individual assignments!) and most of the time groups are made randomly by the professors. This is one of the best methods to become closer to classmates. In addition, there are many student clubs and extracurricular/leisure activities that are offered for the students to enjoy their hobbies and get to know people who share similar interests.

As the capital city of South Korea, Seoul has an extremely powerful economy; which helps the students with high employment rate as well as relatively moderate prices (e.g. living costs, tuition fees, and books). In Seoul, international students enrolled in a regular study course are generally allowed to work 20 hours of part-time jobs per week and limitless hours in the school holidays (which includes two long vacations with a total of 5 months duration). One of the most favourite jobs among international students is part-time English language teaching. Students with decent levels of Korean language abilities can also apply for a variety of part-time jobs through job portals and websites. 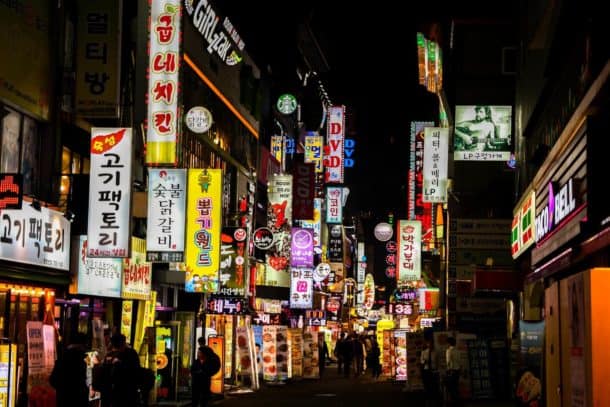 Korean people pay extra attention to their food and believe that a healthy diet consists of eating three meals per day. International students can feel how true this statement is by enjoying a heartfelt breakfast and a healthy lunch at low prices in the university cafeteria. In addition, a variety of local restaurants and reliable delivery services are considered some of the other advantages of food culture in Seoul. Furthermore, Seoul not only offers traditional Korean food in its restaurants, food stalls, and food markets, but provides international students with a taste-of-home experience with American, Japanese, Chinese, Thai, British, French, Italian, Mexican, and Indian cuisines.

Seoul is an extremely safe city with a low rate of crime and violence. Its level of safety is similar to that of most of the European cities and higher than most of the American cities. International students can rest assured and enjoy the city attractions and appreciate the nightlife; whether solo or together with friends.

The Cons of Studying in Seoul

In South Korea, course selection is extremely competitive. Students have to choose their preferred courses as soon as the online portal is activated at a set time and date; however, as the classes are filled within seconds, some students are not able to choose their classes and will be “waitlisted”. This issue is one of the most common challenges among international students; as they have little to no experience with the online course registration system in Korean universities. Good news is that sometimes the students who were not able to enrol in a specific course can attend the class and talk with the professor to persuade him/her why they would like to attend the class. Then, with “extra permission” from the professor, students can join the lectures officially.

Another challenge that international students face is the importance of class attendance in South Korea. Generally, students with 10% (or two sessions) unexcused absence automatically fail the course. Also, in some universities in Seoul, students lose some points for each time they miss the lectures. 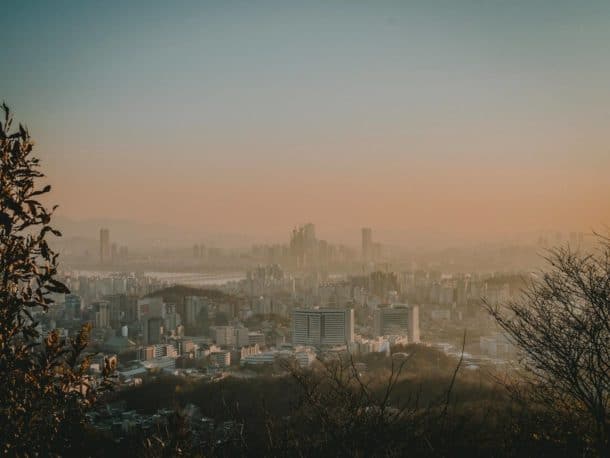 Although it does not affect the daily lives of residents, Seoul has a high level of fine dust in its air. Government is constantly trying to implement new methods to decrease air pollution; but in the meantime, people are advised to limit their outdoor activities.

Seoul has four distinct seasons. While springs and autumns are pleasant and beautiful, they are so short that seems almost non-existent. On the other hand, the summers are hot and extremely humid. Sometimes due to high levels of humidity, fog can appear as well. Regular rainfalls can also be seen during summer time. Winter has the longest duration among all seasons and it can get extremely cold and dry with casual snowfalls.

Korean is the official language of South Korea; however, as mentioned previously, many universities offer courses in the English language. Also, many Korean students have to attend English language classes in high school. As a result, generally, international students do not have a problem on-campus while communicating with the younger generation, classmates, and professors. However, they can face serious language barrier issues in everyday/social life; which is why Korean language skills come in extremely handy off-campus and while communicating with the older generation (e.g. in stores, offices, taxis, buses, restaurants, etc.). 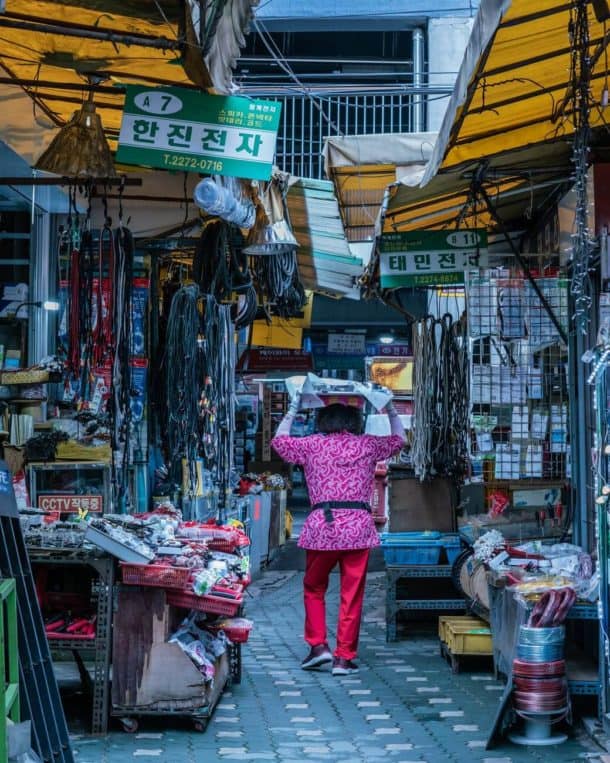 Moreover, similar to some other languages such as, German, Japanese, Chinese, Persian, Polish, Brazilian Portuguese, and Russian, the Korean language uses honorifics (with high politeness level); which is used depending on the age and seniority level. As a result, in Korean culture, it is socially unacceptable to talk with the same level of politeness to a senior person as one may talk with a classmate of the same age.

Looking for a University?
Talk to Us
Written by

Parto Ghalehkhani
Parto Ghalehkhani is a current master's student of International Management at IUBH University, Germany. She has graduated from Monash University with an Honours Bachelor's degree in Mechatronics Engineering. She is passionate about swimming, travelling, learning new languages, and learning new skills.