[Things I Wish I Knew Before I Started College]

[5 Things You Need To Do Before Graduating From College]

UFR comments, in particular, explain how the organisation of international students – how they are dealt with and welcomed to the college – makes all the difference in creating a good Erasmus experience.

Indeed UFR and Université d’Orléans students alike appear to find the administration in general at their colleges very good, and easy to work with – a refreshing change, as this seems to be the area in which many universities fall down.

Impressive organisation and administrative skills may be the reason UFR and Université d’Orléans have earned a name as great study abroad locations, but the results of high Erasmus student numbers may prove an even bigger asset to the colleges. Students giving their opinions in both comment sections note how thankful they are for the multicultural and diverse student body found on the campuses.

Other UFR and Université d’Orléans similarities (which can be seen in some comments already posted here) include praise for the teaching staff and a wide variety of extracurricular activities on offer to students.

[Thinking Of Studying At University Of Paris-Sud? Read These Students Opinions]

As a result of UFR’s lower number of comments on EDUopinions so far, most of the positive remarks left by students have already been mentioned. There are, though, two other points to note, which appear in a comment already posted in this article. This particular commenter mentions the ‘cheap tourism’ available in the areas near the college, and that there are a great number of courses on offer at UFR.

Naturally, then, because of the university has many more comments on its EDUopinions page, there are several more positive aspects about the Université d’Orléans yet to mention.

Probably the most commonly mentioned praise of Université d’Orléans is its very low fees. In fact, as the EDUopinions comments will tell you, students at the college do not pay actual fees, and instead pay a small registration fee.

Another Université d’Orléans positive frequently found in students’ comments is that there are programmes taught through English available at the college.

Additionally, students have also complimented the nice-looking campus, the interesting topics taught at the institute, and the student accommodation on offer – namely how cheap and good value it is, and its proximity to the campus.

Further positives appearing in Université d’Orléans’ EDUopinions comments are the free French classes, easy access to the city of Orléans by public transport, that there are supermarkets nearby, and finally that there are several libraries to be found on campus.

It should be noted before mentioning any negatives popping up in UFR’s EDUopinions comment section that the university at present has four comments left by students, while the Université d’Orléans possesses substantially more, with fifteen comments on its EDUopinions page. While the negative points for each institute may relatively be in proportion with each other, it simply may not appear so when one is to first read this article. It would be unfair to give the impression that one university is better than the other just because one happens to have more comments written about it than the other at this moment in time.

However, it likely is a credit to UFR that the only downside to be found in an EDUopinions comment on the school is that the Faculty of Arts is difficult to navigate and so ‘finding the classes was kind of hard’ according to one student.

[How My EU Business School Professors Helped Me Find My Path]

[Why You Should Study To Be A “Techie” Person]

[5 Things To Do Between Your College Classes]

It is impossible under this heading not to mention first the location of the college. The university’s distance from the city of Orléans appears repeatedly as a theme throughout its EDUopinions comment section. Although there is a comment about how easily accessible the city is by public transport, the majority of the comments complain about the distance – for example, for how difficult it is as a student to experience the nightlife in the city due to the location of the university campus, near which the students live.

Although most definitely not to the same extent, the second most frequently mentioned downside to the Université d’Orléans (offsetting its positive of offering free French classes) is that its French classes are not sufficient enough. The students commenting on this aspect do not go into detail, only that they expected more from these classes.

Some other negatives according to students which pop up in the comment sections; a weak relationship between the French and foreign students on campus, the belief that you need a good level of French to be able to live in the Orléans area, a lack of foreign language choices, some classes undertaken by a student who did not find them very useful, the international management organisation being ‘chaotic’, difficulty obtaining an internship in English, the administrative staff not always being very friendly, and a lack of help from the university with finding an internship.

Please keep adding your comments on EDUopinions – you never know how much you may help someone! 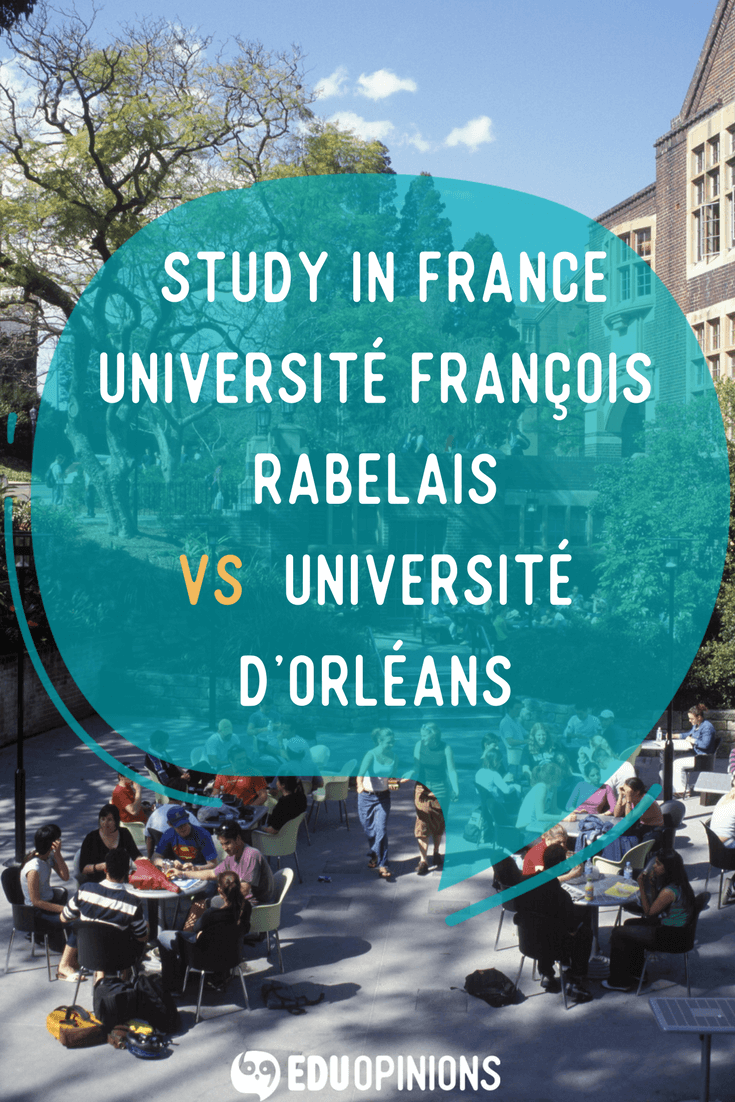 Pushkar Bipin
5
"The IU International University of Applied Science is a state-accredited university that is regarded among..."
Read the review
Written by