The 6 Best Business Schools in Paris According to Employers

In the last few years, business has become a very popular option among students in many countries around the world. This is not only due to the fact that business graduates are highly demanded worldwide. This is also because careers with a business degree can be very diverse, challenging, exciting, and they are also often highly paid.

Nowadays, students wishing to specialise in business can choose from many different business schools from all over the world. Particularly, the French capital offers a wide range of business-related degrees in several prestigious schools. In this article, EDUopinions will be talking about the six best business schools in Paris from the point of view of employers.

The Institut Européen d’Administration des Affaires or European Institute of Business Administration, shortened to INSEAD, has been ranked as the best business school in France. It has also reached number 2 in the list of World’s Best Business Schools With The Most Employable Graduates For 2018. This was compiled by the CEOWORLD magazine.

INSEAD was originally founded in 1957 in the Parisian metropolitan city of Fontainebleau. It currently has other two campuses in Singapore and Abu Dhabi. Furthermore, by the end of 2017, INSEAD was awarded the prestigious title of the second best business school to offer a Global MBA programme by the Quacquarelli Symonds. They are compilers of the World University Rankings. HEC Paris followed suit and INSEAD was only outranked by Harvard Business School, the graduate business school at Harvard University.

But INSEAD also offers several other Master’s degrees that specialise in areas such as Consulting, Coaching and Finance. They also offer Business Foundation Certificates, open programmes in Executive Education and several PhDs. There are currently more than 1,300 students enrolled. 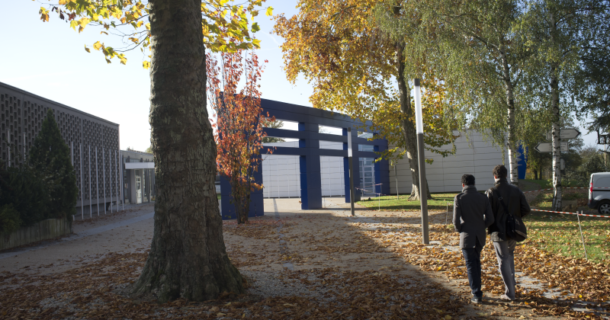 The École des hautes études commerciales de Paris (known simply as HEC Paris), was founded in 1881 and located in the commune of Jouy-en-Josas, in the south-western Parisian suburbs. It is currently considered as one of the most prestigious French Grandes Écoles and has more than 4,000 students enrolled, originating from up to 95 different countries. HEC Paris also holds the title of founding member of CEMS – Global Allegiance in Management Education, a cooperation of business schools and universities with multinational companies and non-governmental organisations. It is also one of the 90 business schools to hold the Triple Crown accreditation. This is granted by AACSB (The Association to Advance Collegiate Schools of Business), AMBA (The Association of MBAs) and EQUIS (EFMD Quality Improvement System). 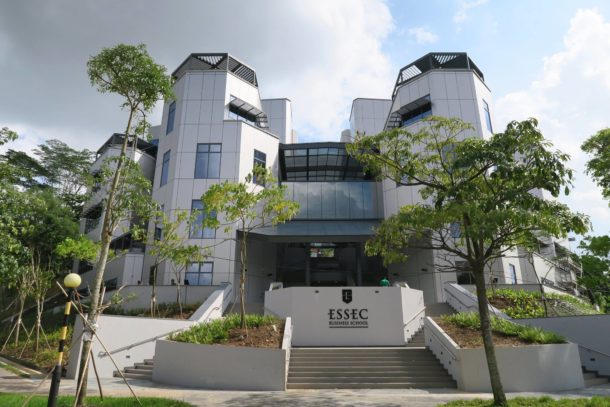 Originally founded by French economist Ferdinand Le Pelletier in 1907 as the Economic Institute. ESSEC Business School is nowadays a distinguished Grande École that holds the Triple Crown accreditation of AACSB, AMBA and EQUIS. It has two campuses in France (one in Cergy-Pontoise and the other in the La Défense, a Parisian business district) and two other abroad (in Singapore and Morocco). ESSEC Business School has been ranked by the Times Higher Education as the 7th institution with most graduate employability in France and the 84th in the world by 2018. The only French schools that are ahead of it are HEC Paris, the École Polytechnique, the École Normale Supérieure Paris, the Mines ParisTech, EMLYON Buisness School and CentraleSupélec. It is attended by approximately 52,000 students. ESSEC Business School is characterised by the variety of MBAs it has to offer. This includes the ESSEC & Mannheim Executive MBA. This programme gives students the possibility to choose from two different tracks (Europe or Asia-Pacific). It has also been classified in 2018 as the best Executive MBA worldwide by The Economist. It has also been classed as the 10th Best Joint EMBA programme by the QS Global EMBA Rankings.

First established as a military academy by French mathematician Gaspard Monge in 1794, the École Polytechnique is nowadays located in the suburb of Palaiseau. It is attended by an approximate number of 2,900 students. It is known for its highly selective entrance assessment, the X-ENS exam. The École Polytechnique is one of the most prestigious French Grandes Écoles that specialise in the scientific and engineering domain. However, this institution also offers courses that are more related to the humanities, social sciences, languages and sports areas. Still supervised by the French Ministry of Defence, the École Polytechnique has been classified in 2018 as the 2nd best for graduate employability by the Times Higher Education. It is only outranked by HEC Paris.

This is another French Grande École originally founded in 1794, during the times of the French Revolution. The École Normale Supérieure (ENS) has been a constituent college of the PSL University since 2010. It was initially established to train a new body of professors sharing the values of the Enlightenment movement during the French First Republic (1792 – 1804). The ENS is nowadays focused on the training of future professors, researchers and public administrators. It has been classified in 2018 as the 3rd best French institution for graduate employability by the Times Higher Education. It holds the position of 31st best worldwide.

Even though the ENS specialises in many different areas (history, philosophy, social sciences, chemistry, biology), the school also has an Economics department and has several business-related degrees to offer. These include Master’s degrees in Quantitative Economics and Economic Analysis and Policy. Additionally, the ENS has given the world 13 Nobel Prize laureates. These include the physicians Gabriel Lippmann and Alfred Kastler. They are known for the method of reproducing colours photographically based on the phenomenon of interference and the optical pumping technique, respectively. There are also several notable writers and philosophers, including Henri Bergson, Jean-Paul Sartre, Simone Weil, Michel Foucault, and Jacques Derrida.

6. The International School of Management – ISM 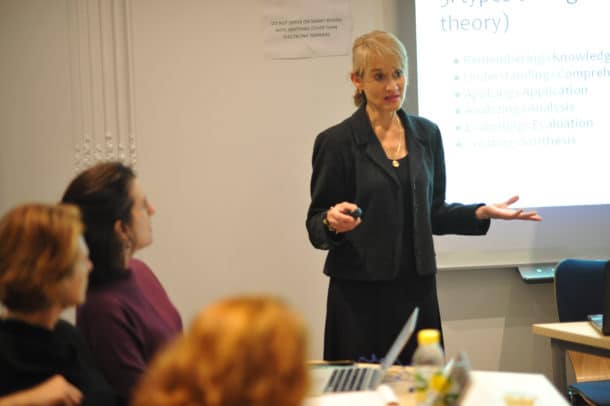 The International School of Management (ISM) is a private business school founded in 1980. Its main campuses are located in Paris and New York City. However, the ISM offers students the possibility to study in their partner institutions such as St. John’s University.

The ISM is an institution designed for graduate students and professionals who would like to further their education without having to leave their working obligations aside. Their programmes have to offer enough flexibility to meet the needs of working executives. Among the courses taught at the ISM, there is an International MBA, a Doctorate in Business Administration, a PhD, and online courses. There are also various programmes that include those designed for companies and business schools and even individual ones that can last from 3 days to 2 weeks in length.

The six schools we have introduced in this article are all good options to study at if you wish to dedicate yourself to the business world of Paris.

Student
5
"I am studying at EU Business School second year and I will recommend this university..."
Read the review
Written by