For those interested in pursuing a career in a STEM-related field, Massachusetts Institute of Technology (MIT) and California Institute of Technology (Caltech) are competitive choices for both undergraduate and graduate degrees. Both hold a top spot among the highest ranked American colleges and universities, and though on opposite coasts, boast unique opportunities for future scientists, technology leaders, and mathematicians. EDUopinions has directly compared the two renowned institutions.

EDUopinions is an online platform where you can read real, verified student reviews about universities from all over the world as well as get free information about them.

The Best Places to Study Abroad in the USA

The Pros and Cons of Studying in Boston

Steps to Studying in the United States

Best Universities in the USA for Business Management 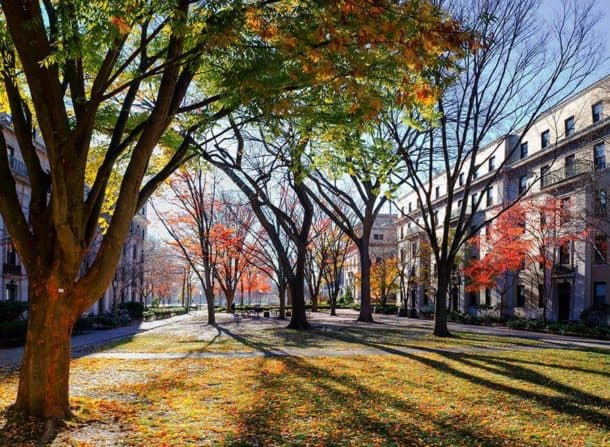 What You Need to Know

Massachusetts Institute of Technology is situated just minutes outside of Boston in lively Cambridge, Massachusetts. Ranked in the top five of all U.S. colleges and universities, MIT has produced 89 Nobel prize winners and dozens of inventive alumni. Such a prestigious reputation has ensured a competitive admissions process, with just under 1,500 of over 20,000 applicants accepted into the school each year. In total, MIT is home to around 11,500 undergraduate and graduate students, and about 1,000 faculty members. Numerous scientific advancements and robust centres of research have earned the university global renown.

MIT’s prime location allows for easy travel to a number of east coast cities as well as opportunities to experience other nearby colleges. Students can enrol in classes at Harvard as part of a cross-university collaboration, which further enriches already robust academic programmes.

Though the average cost of tuition is almost $50,000 per year, 72% of undergraduate students graduate debt free because of generous financial aid packages. The school has a hefty annual research budget, which makes it the perfect destination for future academics and innovators.

Ask Us for Free Advice on MIT

What You Need to Know

For those who hope to avoid the cold New England winters, Caltech offers a smaller, sunnier campus with comparable academic clout. Based in Pasadena, California, Caltech is home to around 2,250 students, 300 faculty members, and 38 Nobel prize winning alumni. It has one of the lowest student-faculty ratios in the U.S. and hosts three global research facilities, including NASA’s Jet Propulsion Laboratory. Like MIT, programmes are rigorous and admission is competitive. Of the almost 7,400 applications received in 2017, only 235 were accepted into the class of 2021.

Caltech is located in southwestern California, approximately fifteen minutes from Los Angeles and two hours from San Diego. Access to accomplished faculty and prominent research facilities ensures learning opportunities worthy of its rank as one of America’s top ten universities. All of these advantages come at a price of almost $50,000 per year, but 51% of undergraduate students receive some type of need-based financial aid, making it an accessible academic ambition. Like MIT, Caltech is world renowned for its research and technological innovation and draws students from a number of different nations.

Ask Us for Free Advice on Caltech

At opposite ends of the U.S., Massachusetts and California Institutes of Technology offer cutting-edge educational programmes for the world’s most accomplished students. Both are situated near large, vibrant cities and are known globally for their contributions to science and technology.

Student
5
"ALBA Graduate Business School has a unique and excellent teaching method, which is the attribute..."
Read the review
Written by

Lindsay Willmann
Lindsay Willmann is a graduate of George Washington University’s Graduate School of Education and Human Development. She is passionate about teaching, travel and community building, and enjoys writing articles that help students and graduates make informed choices and better connect with the people around them.