The Pros and Cons of Studying in Tokyo 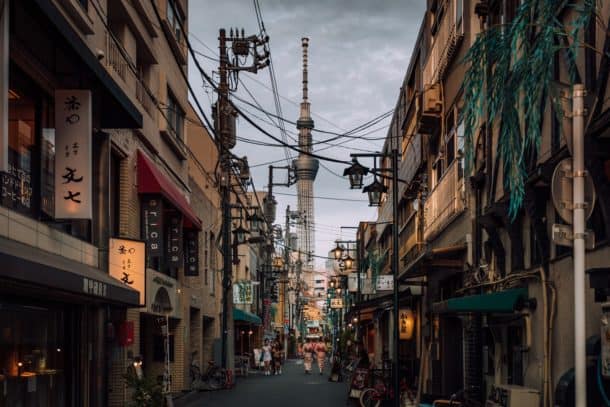 Pros of Studying in Tokyo

The food on the streets of Tokyo is a force to reckon with. While travelling to other countries you may be used to having your food choices at a bare minimum, but in Tokyo, you will be constantly exposed to a whole world of culinary delights which will challenge your palate. Not only is the food quite delicious, but it is also comparatively pretty cheap. Sushi and sashimi are a ubiquitous part of Japanese dining. Of course, you will always encounter the hot pot, which is an experience in itself. Studying in Tokyo is definitely worth the food there!

You will notice that people in Japan are very good natured. There is always a sense of respect for one another and you will hardly ever encounter people being rude. Just generally, people seem to care about the happiness and hospitality of people around them. It is a great turn around from Western culture, where people are not very helpful or polite.

Do You Want to Study Business?
Get free help!

Studying in Tokyo, you will see that the education system in Japan is considered to be the best in the world. If you have already decided to study in Japan, you would be happy to know this. People here are very hard working and the achievement based education system has yielded some great results in the Japanese culture. You can spend a summer in Tokyo with Seisen University, or enjoy the historical old city of Kyoto, home to one of Japan’s largest universities. Of course, you can study Japanese, marketing, business or many other fields.

The whole of Japan has one of the lowest crime rates in the world. Tokyo is also no exception and it is one of the safest metropolitan cities in the world. Just like we talked about a sense of respect that Japanese people have for one another, they also are very mindful of lost things that they find. If you leave your wallet on a bench or your keys in the park or something, it is most likely that you will find it back and also fully intact. The Tokyo Metro also has a lost and found office, where many people find their lost things.

Cons of Studying in Tokyo

Japan is considered one of the most expensive countries in the world to live in. Though studying in Tokyo has numerous perks which are luxurious, convenient, and entertaining, but you will find yourself shelling a lot more than you would for everyday things. Experiences like going on a  trip to see the Cherry Blossoms or visiting one of Osaka’s castles could seem extravagant. However, that may actually be a good thing as Japan’s education system is amazing and they also really take care of their students. The university will most likely make housing arrangements for you, which will leave you with some money for eating out and exploring Tokyo.

When you go to Japan, you will always have this feeling of people just staring at you. And that doesn’t really go away. So, if you are an international student – get used to it. The cultural challenges of studying in Tokyo are more prominent than ever. Simple things like language barriers will make you feel like an outsider. Having different hair colours or eye colour will also make you feel stared at. You will also get pointed at, it might get frustrating at times – but actually, Japanese people are very friendly and receptive and might compliment you more often than not.

If you’re not a native speaker, it can really be a hindrance in the day to day living. Even people who have spent years studying Japanese, have a hard time talking to the locals. So, in spite of your fluency, Japanese people might disregard you because you look different. But just try to make yourself a bit more approachable so that the Japanese may talk to you. If you are studying in Tokyo, definitely take time to learn the language as you will have a tough time without learning it.

If you’re a vegetarian or a picky eater, Tokyo will take some time to adjust to. And they don’t understand the term “vegetarian” and throw in a bit of seafood in everything. So before you really decide on studying in Tokyo, take these things into consideration as well.

Looking for a University?
Ask Us
Written by