4.5 10 Reviews
School of Business
The University of Virginia is a wonderful place to be and study at The community around this campus is friendly and the environment is so conducive for learning A modern library is available that helps Students to have space for personal studies and they can also carry out their research [...]
View more Ask the reviewer
Teaching techniques
This review is going to be centered basically on the teaching methods being used in this university the methods set up to be used are very different yet wonderful That alone has realized helped to boost my learning skills thus helping me to grow more academically [...]
View more Ask the reviewer
Environment
The university environment is so refreshing and that has given me the opportunity to excel academically Despite the hectic nature of my course I am still able to do well all thanks to the enabling environment I find myself the people around me the guidance and counseling unit that make [...]
View more Ask the reviewer

Study at University of Virginia - UVA

Is University of Virginia a good school?

Based on the EDUopinions rankings, the University of Virginia rating is 4.5. If you want to know more about this school, read the student reviews on our website.

What courses can you study at University of Virginia?

The University of Virginia offers courses related to the fields:

Where is University of Virginia located?

University of Virginia Campuses are located in:

Which universities are similar to University of Virginia?

The universities similar to University of Virginia are:

4.0
Aeronautical & Manufacturing Engineering
1 Programme
4.0
Aerospace Engineering
Do you have any questions?
Sorry, for now, we can only help for business studies.
Thanks!
We'll contact you soon via Whatsapp or Email
Write a review

Networks build, guest lectures, professors (qualified and well experienced).
This university gave me exposure that I never expected, the class had 50 nationalities. Every class, they try bringing in a related guest speaker...
View more
Featured Content

Great experience
I personally loved my three years at LUISS university. The overall experience is something I would recommend to anyone. The main campus in Viale Romania is very...
View more

Easy Access to Modules
The university is in a very good location right in City Centre Wolverhampton The lectures I am taking as a Business Management student is very good an attentive as the Modules are easy to understand while going through it at home or in class [...]

University of Wolverhampton Business School
Wolverhampton, The United Kingdom
View more Ask the reviewer
Amazing teaching University
Oxford University is great at sharing a lot Its academic staff is very competent and efficient It is very important for us students in learning Things like always looking after the students and engaging the students in research are constantly happening at this university So I invite my friends also [...]

University of Oxford
Oxford, The United Kingdom
View more Ask the reviewer
Business criteria
The university has my heart and one of the best thing that i like is their support to students But sometimes the thing I dislike is racism because i have seen racism in London a lot and too in my college [...]

St. Mary's University
San Antonio, Texas, United States
View more Ask the reviewer
University of Ulster
Ulster University is conveniently located in the city centre This makes it simple to get around The teachers and staff are approachable There are always activities available for students to participate in I like how all of the classes and workshops are housed in the same building My only wish [...]

NEOMA Business School
Paris, France; Rouen, France; Reims, France
View more Ask the reviewer
LMU
LMU is one of the best University in Germany which have a food economy the bigest bonus is having to pay zero tution Fee strongly recomend LMU cources provide technical and practical knowledge Secondly benifit is that GRE is not necessary but you have to clear first round [...]

Ludwig Maximilian University of Munich - LMU
Munich, Germany
View more Ask the reviewer
Sorry, for now, we can only help for business studies.
Thanks!
We'll contact you soon via Whatsapp or Email
Are you managing this university?

If you're the owner or representative of University of Virginia - UVA, you can claim this University and build a better profile. 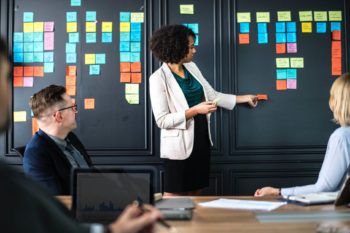 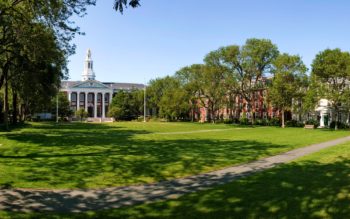 International business
What I like most about my university is that it is intercity we have a lot of really cool guys We go through many different programs with unrealistically cool teachers View more
Interested in studying at University of Virginia - UVA?
Give me more information for free