ESADE Business School vs IE University - Based on Student Reviews

Straight off the bat, when comparing ESADE Business School in Barcelona and IE University in Segovia and Madrid, it is necessary to state that ESADE is indeed a business school, while IE is a university with many different disciplines on offer, although admittedly the institute seems to place an emphasis on their business school.

In many ways, however, the two colleges are similar. A read through their EDUopinions comment sections will clearly demonstrate the popularity of the teaching methods used there. Just like ESADE, IE University teaches their students information beyond the theoretical, it teaches them through case studies that allow graduates to flourish and thrive in their post-university careers. 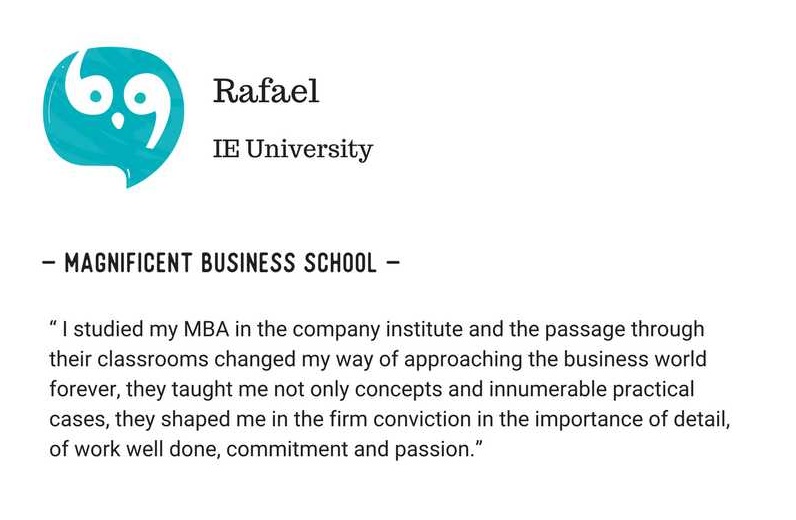 This particular characteristic at both institutes is mentioned several times in the comment sections of the two Spanish universities, such as this ESADE commenter: 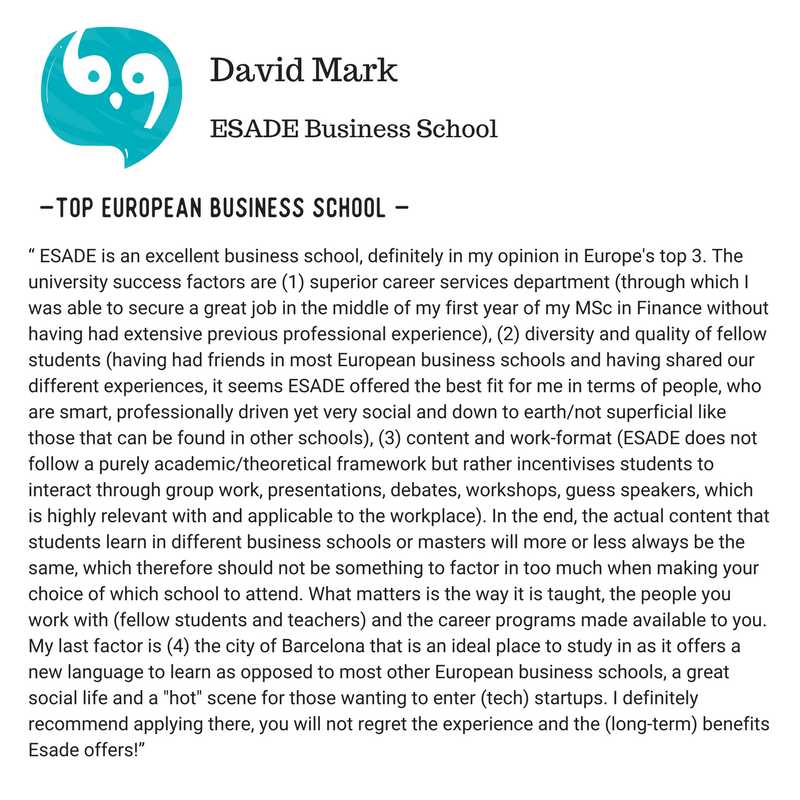 A further aspect common to both ESADE and IE is their diversity among the attending student population. Commenters on both colleges express their gratitude for the opportunity to meet so many people from so many different cultures. Many, if not most, courses at ESADE and IE are offered through English, thus opening up the possibility of prospective students on a global level. 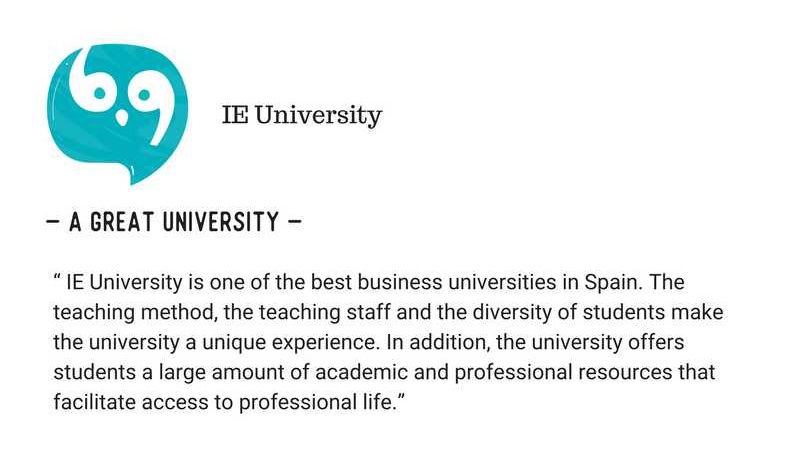 A final trait that appears shared by ESADE and IE is their practical, useful, and thorough preparation offered to students to enable their work after they leave university. 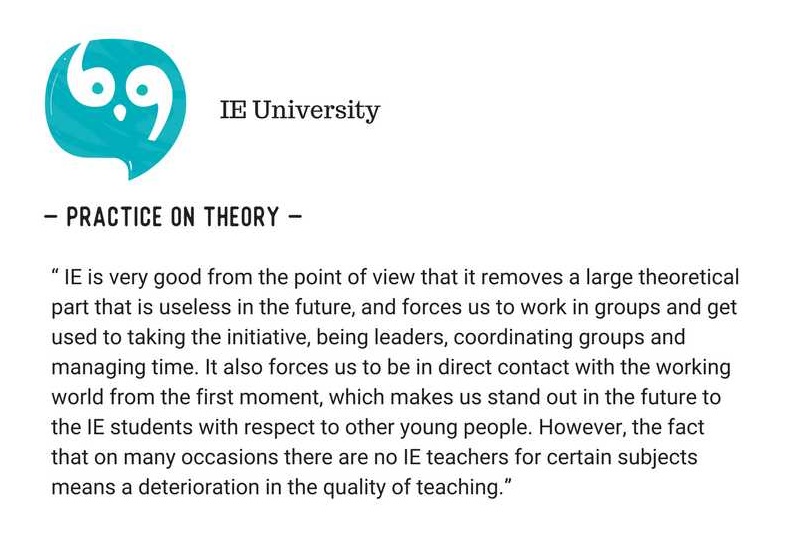 As mentioned previously, both institutes elect to teach with practicality at the fore rather than the theoretical, allowing them to focus on the reality that is the business world today, or indeed the world of any discipline (especially in the case of IE University). EDUopinions commenters on both universities rave about how well their respective courses got them ready for their careers as graduates. 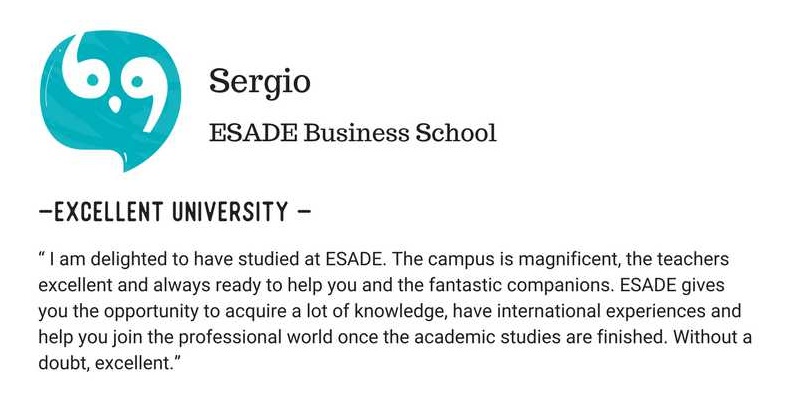 In fact, the prestige alone the names ESADE and IE hold can account for a lot when seeking employment after graduation.

Similarly to their shared positives, ESADE and IE share some of the same downsides too. There are mentions of the high cost of programmes at both institutes, although commenters seem to admit to the price is worth it for education received. Also, there are comments on the lack or limited availability of teachers and therefore some subjects at both schools, for example in this comment from above:

The only other vaguely negative comment about IE University after its ones shared with ESADE is also from this commenter, who believes that IE University could place more importance on students outside of their business school than they do at the moment. The fact that IE University, despite its various other schools (e.g. School of International Relations, School of Human Sciences and Teaching, etc.), boasts an especially strong business department, makes it a strong rival for the commerce-focused ESADE Business School.

ESADE, meanwhile, is on the receiving end of a few more negative comments on the EDUopinions site. Students have commented on the improvement needed in internal management at the school 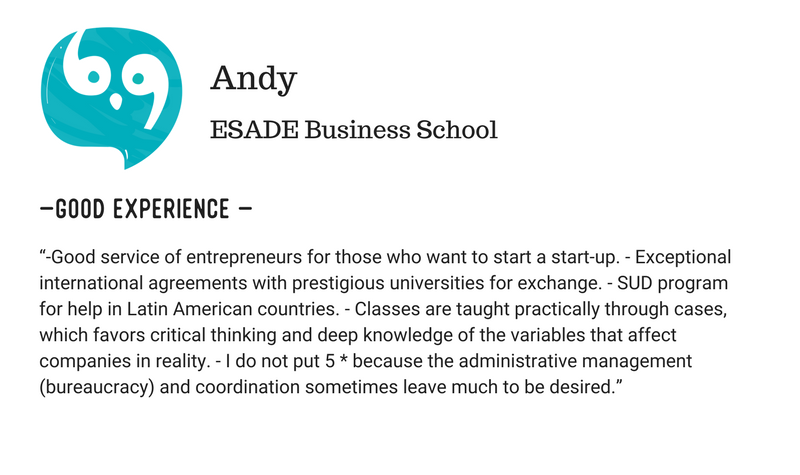 As well as the ESADE name not being especially well-known to employers, etc. outside of Spain. The opposite, consequently, is said of IE University and its global prestige, according to its students.

Indeed, IE University boasts a glittering reputation on its EDUopinions page and also thanks to its impressive website. Current and former students state numerous times how they think of IE University as the best or at least one of the best universities in Spain, and sometimes the world.

Several IE University-goers, like this commenter, mention the institute’s innovations, particularly at a classroom-level, as its key to success. Aside from receiving fewer negative comments than ESADE, IE University also, as stated at the very beginning of this article, offers a broader range of courses. ESADE is a business school, yes, but IE’s business component of their university seems to it a worthy rival.

It would be no easy destination to come to if one were to choose one of these institutes over the other. Perhaps for some, location (ESADE in Barcelona and IE University in both Madrid and Segovia) would come to play a large part in making a decision.

Students from both colleges appear massively satisfied, even delighted, with the quality of education they receive or received, therefore differences in precise and detailed components of courses may come in to play. Of course, if a prospective student is looking beyond business, then IE would prove more suitable, while ESADE acts as a real networking hub in the world of commerce.

It is both humbling to know and a massive credit to private Spanish third-level education that in whichever of the two, ESADE or IE, a student may decide on, there is no real bad choice. There are differences, yes, and the odd upper hand on both sides of the debate, but Spain is proving, in general, to carve a significant place for itself on the world stage for excellent and ‘in touch with the real world’ university education. 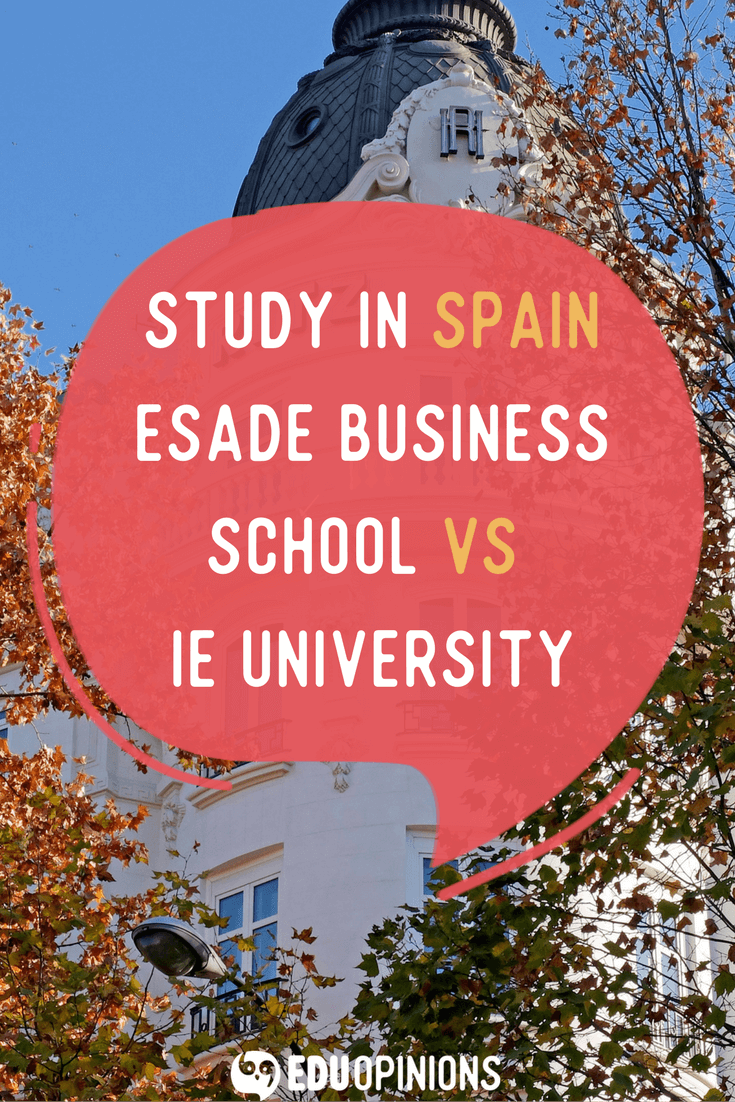 Student
4
"Very diverse environment and provides learning opportunities as the classes have discussions among students from..."
Read the review
Written by