Summer Courses for Foreign Students
I attended a summer semester at Lomonosov Moscow State University in the heart of Moscow the beautiful capital of Russia during the summer of The program is great for those looking to perfect their use of the Russian language and immerse themselves in Russian culture Students are given an entry [...]
View more Ask the reviewer
excellent knowledge and high qualification of professors
Very high level of the teaching staff They give basic knowledge which is used in all branches there are service dormitories for suburban students like me I got the road to a bright future and are very grateful to this institution Certificates of study diplomas have privileges when applying for [...]
View more Ask the reviewer
Excellent university
I am a student at the European University Lomonosov Moscow State University - MSU of the Faculty of Economics the teaching is very like The teaching staff are all very comfortable a huge library There are excellent cafes on the territory where you can have a good rest after class [...]
View more Ask the reviewer

Based on the EDUopinions rankings, the Lomonosov Moscow State University rating is 4.8. If you want to know more about this school, read the student reviews on our website.

What courses can you study at Lomonosov Moscow State University?

Which universities are similar to Lomonosov Moscow State University?

The universities similar to Lomonosov Moscow State University are:

4.0
Modern Languages
1 Programme
4.0
Russian Studies
Do you have any questions?
Sorry, for now, we can only help for business studies.
Thanks!
We'll contact you soon via Whatsapp or Email
Write a review

Go Global
There aren't many places to be with such diversity. That's probably what sticks with you the most. With students from over 45 countries in my MIB...
View more
Featured Content

What i feel,
Business Administration is the best program in my point of view. it helps you to have general knowledge regarding all the subjects related business. if...
View more

CodeOp changed my professional life
Hi I had a totally different background I am an architect and photographer I understand how it feels about code for the first time I didn't know if I would be able to understand or if I would really like this new field Also when I decided to sign up [...]

National Research University Higher School of Economics - HSE
Moscow, Russia; Saint Petersburg, Russia; Nizhny Novgorod, Russia
View more Ask the reviewer
Best Decision of My Life
Never have I had so many quality profs dedicated to teaching instead of research The program is very hard and they throw a lot of work at you but as a result I have learned to become more efficient and do things that I wasn't able to before More than [...]

IESE Business School
Barcelona, Spain; Madrid, Spain; New York City, United States; Munich, Germany
View more Ask the reviewer
Great experience studying at Cardiff University
I did my postgraduation in Cancer Palliative Medicine at Cardiff Great accommodation for students to stay in The university has provided me with a lot of assistance and support as an international student Additionally the school offers a comfortable study environment with the best facilities The university also gave me [...]

Cardiff University
Cardiff, The United Kingdom
View more Ask the reviewer
My opinion to others
That you are not required to declare a major right away is fantastic There are several opportunities to consider alternatives consult consultants and even change your mind along the way I would repeat the process if I could The university has a wonderful setting I want to be a physicist [...]

Bangor University
Wales, The United Kingdom
View more Ask the reviewer
Good Communication courses for students who like practical learning
I would say I'm pretty satisfied with the International Communication Program at THUAS The lecturers were overall really nice and supportive It was truly an international environment where I have classmates from different cultures and that really strengthen my ability to listen understand and communicate with people from all over [...]

The Hague University of Applied Sciences - THUAS
The Hague, The Netherlands
View more Ask the reviewer
Sorry, for now, we can only help for business studies.
Thanks!
We'll contact you soon via Whatsapp or Email
Are you managing this university?

If you're the owner or representative of Lomonosov Moscow State University - MSU, you can claim this University and build a better profile. 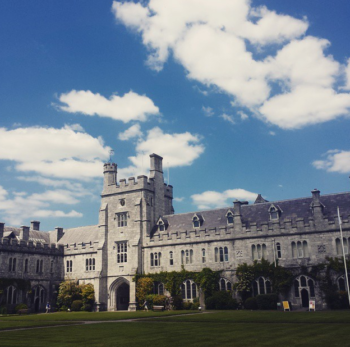 The 10 Best Universities in Europe Based on Student Reviews 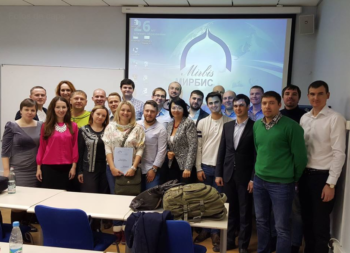 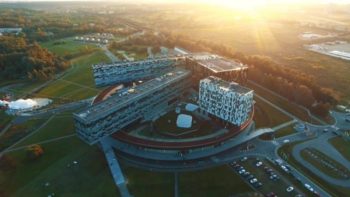 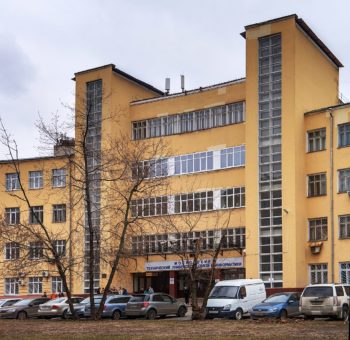 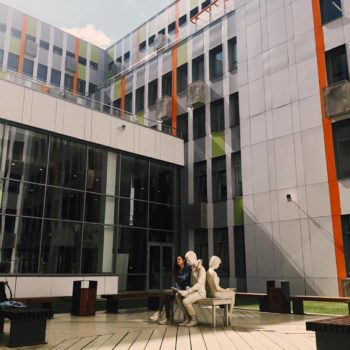 Great International Management Program!
This program provided me with deep knowledge of Management and Marketing The faculty gives an opportunity to participate in various exchange programs in different countries and double degree program in View more

The best university
The main task of the legal institute of the Russian University of Peoples' Friendship is the training of highly qualified specialists in the field of law The training of bachelors View more
Interested in studying at Lomonosov Moscow State University - MSU?
Give me more information for free