A university with rich research resources and a conducive learning environment
The existing cultural diversity in the university of Burgundy Franche-Comt Universit de Bourgogne Franche-Comt which can be seen in the number of international students enrolled yearly as well as in the cultural activities proposed by the university such as the Tour du Monde en Plats is a strong point for [...]
View more Ask the reviewer

Based on the EDUopinions rankings, the Université de Franche-Comté - UFC rating is 3.5. If you want to know more about this school, read the student reviews on our website.

What courses can you study at Université de Franche-Comté - UFC?

Which universities are similar to Université de Franche-Comté - UFC?

The universities similar to Université de Franche-Comté - UFC are:

4.0
International Business
1 Programme
4.0
Communication and Media Studies
Do you have any questions?
Sorry, for now, we can only help for business studies.
Thanks!
We'll contact you soon via Whatsapp or Email
Write a review

Bachelor
I studied years in audencia and I have had a great international experience I had all of my lessons taught in English I have chosen the international development specialization in my third year and it was really interesting [...]

Audencia Business School
Nantes, France
View more Ask the reviewer
Rich Module and Connected Faculty
UBI is an immersive experience in hybrid learning and an immensely valuable and modern module that mainstreams business digitalisation with a global cast The kind of business career boost suitable for any professional [...]

United Business Institutes
Brussels, Belgium
View more Ask the reviewer
Student wellbeing
The support from the university particular my school of biomedical sciences was excellent the staff are very good with student wellbeing and constantly check-in The programme was well organised with easy to understand and digest content lecturers are easy to access particularly the head of the course [...]

University of Portsmouth - UoP
Portsmouth, The United Kingdom
View more Ask the reviewer
Great University
AUBG is a great university if you're looking for an American College experience in the Balkans The level of education is quite good everyone is very helpful especially the other students ABUG staff is very helpful and will always have your back if needed The location is nice too Blagoevgrad [...]

American University in Bulgaria - AUBG
Blagoevgrad, Bulgaria
View more Ask the reviewer
Experience in Exeter so far
Came here a week ago so still new campus can be confusing but easy to understand and find classes are once your used it Teachers have been helpful in helping and directing where to find material on ELE [...]

University of Exeter - UOE
Exeter, The United Kingdom
View more Ask the reviewer
Msc Digital Marketing
The university is very good The lectures are very honest and most of the modules are based on a practical approach including group discussion and tasks All the syllabi are updated and related to the contemporary world Recommending this university [...]

University of Chester
Chester, The United Kingdom
View more Ask the reviewer
Sorry, for now, we can only help for business studies.
Thanks!
We'll contact you soon via Whatsapp or Email
Are you managing this university?

If you're the owner or representative of Université de Franche-Comté - UFC, you can claim this University and build a better profile. 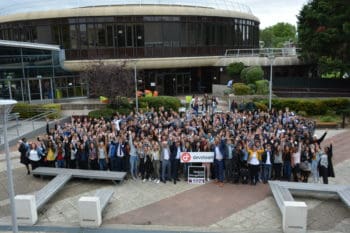 My #Iesegxperience
I'm Jean Philippe I would like to share my experience at IESEG with all of you For my last year at ieseg I was a postgraduate student in Banking I View more
Interested in studying at Université de Franche-Comté - UFC?
Give me more information for free