International environment and quality education
Quality programmes great internationally minded student city competent professors collaboration with lots of international companies I love studying here and I already have lots of career prospects [...]
View more Ask the reviewer
A great University
I had my bachelor degree on TU Graz in mechanical engineering and I was living there for years Overall Graz is a really nice place to live in and TU Graz is a great University to study at It has the best mechanical engineering course in Austria and has a [...]
View more Ask the reviewer

2.0
Mechanical
1 Programme
2.0
Mechanical Engineering with Management
Do you have any questions?
Sorry, for now, we can only help for business studies.
Thanks!
We'll contact you soon via Whatsapp or Email
Write a review

Review
I really like the practical approach that they give to the race signatures from the very beginning but I consider that sometimes they are quite demanding for the time we have In general I agree [...]

Universidad Carlos III de Madrid - UC3M
Madrid, Spain
View more Ask the reviewer
If you\'re an English lover, there is the perfect study for you!
This program is destinated for English lovers If you are not passionate about civilization or grammar you will get bored very fast If you like study books or even understand how a sentence is built welcome Our professors can be very intuitive but sometimes it depends on their personality of [...]

University of Toulouse - Jean Jaurès
Toulouse, France
View more Ask the reviewer
Quality of education
The program is very well managed and taught The teachers are highly qualified and always interacts with students and ready to resolve their issue One thing I don't like about is the management of timetabling There are quite a few gaps in between classes resulting in loss of time Overall [...]

University of Kent
Canterbury, The United Kingdom
View more Ask the reviewer
Dynamic, exciting and completely personizable programme
The Liberal Arts programme at Durham University is an incredible unique course offering students the ability to mould a degree that is completely unique to their specific interests The nature of the programme means that you are actively encouraged to adapt what you study as your interests develop across your [...]

Durham University - DUR
Durham, The United Kingdom
View more Ask the reviewer
Review
It s a really fun programme although we always have a lot of assignments but it s a good way to prepare us for the future I would definitely recommend this programme to anyone that wants to study design it also gives us international opportunities [...]

IADE Creative University - IADE
Lisbon, Portugal
View more Ask the reviewer
Life in Lille as an International Student
As an international student studying in Europe for the first time I believe the University of Lille has given me an opportunity worth a lifetime My studies in the Diploma of French has introduced me to a vast diverse life knowledge and experiences My lecturers are very supportive patient and [...]

Université de Lille
Lille, France
View more Ask the reviewer
Sorry, for now, we can only help for business studies.
Thanks!
We'll contact you soon via Whatsapp or Email
Are you managing this university?

If you're the owner or representative of Graz University of Technology - TU Graz, you can claim this University and build a better profile. 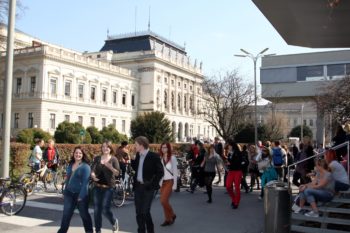 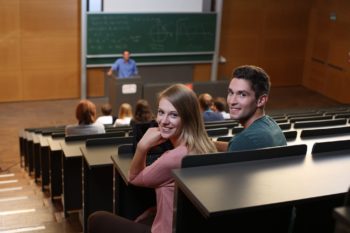 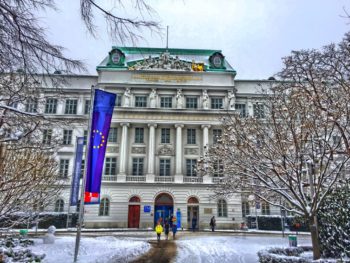 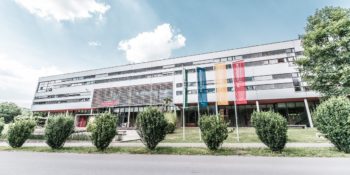 An entrepreneurial school that holds what it promises!
Having been to the MCI in Innsbruck means having listened to professors from all over the world makings international friends spread across the globe and getting ready to jump into View more
Interested in studying at Graz University of Technology - TU Graz?
Give me more information for free