The Best 5 Books to Read for Business Students

Admissions Advice, What to Study

Are you a student of business or are you going to become one soon? EDUopinions has a list of the best 5 books to read for business students looking to acquire additional knowledge outside school or to support their studies. 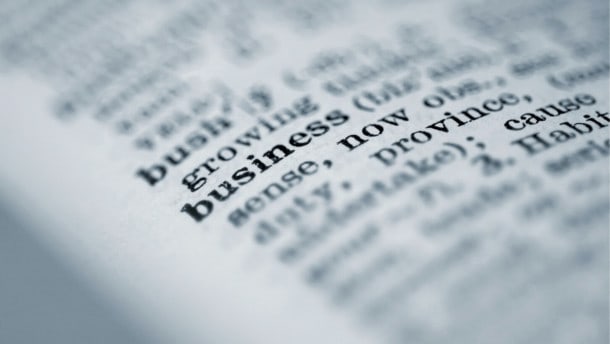 Are you currently searching where to apply and study Business? We can help.

the Best 5 books to read for business students

Written by Robert Kiyosaki and Sharon Lechter and published in 1997, Rich dad Poor dad teaches you to see everything you buy from an asset/liability point of view. The book received positive reviews by critics and public figures, among all Oprah and Will Smith. It sold over 32 million copies in 51 languages in more than 109 countries. Furthermore, it’s been a New York Times bestseller for over six years.

The reason why it is a good book for students of business is that it covers topics like being an entrepreneur, becoming wealthy by investing in assets and real estate, and talks about increasing financial intelligence to change financial attitude.

Even though the main purpose of the book is to teach readers how to increase their income, Hill goes beyond that. He, in fact, insists that his way of thinking can help anybody being successful in any field,  encouraging them to do and be anything they can imagine. In particular, Hill talks about the philosophy of achievement, which is constituted of 13 principles: desire, faith, autosuggestion, specialized knowledge, imagination, organized planning, decision, persistence, power of the mastermind, the mystery of sex transmutation, the subconscious mind, the brain, the sixth sense.

This book is written by Peter Drucker and first published in 1985. In his words, “it tries to equip the manager with the understanding, the thinking, the knowledge and the skills for today’s and also tomorrow’s jobs”. Management: Tasks, Responsibilities, Practices has been developed and tested for more than 30 years of teaching management in universities, in executive programmes, and seminars.

According to Top Management Degrees, this book is the second best-selling management books of all times. In order to understand some of the reasons, it is important to know a little bit about the author’s life. From 1950 to 1976, Drucker was a professor of management at NYU. In 1971, Drucker developed one of the country’s first executive MBA programmes at Claremont Graduate University. He wrote a total of 39 books and also penned a regular column in the Wall Street Journal for 10 years. Last but not least, he contributed frequently to the Harvard Business Review, The Atlantic Monthly, and The Economist.

Firstly published in 1985, this book is written by Edward de Bono. The author claims that the main difficulty of thinking is confusion. In this book, he reveals his thinking process and the six thinking hats: the white hat is neutral, the red one is emotional, the black one is careful and cautious, the yellow hat is positive, the green one is creative, and the blue one is the organizing hat.

The book helps the reader to better understand how to create a climate of clearer thinking in their business, no matter its size.

5. The One minute Manager

Ken Blanchard and Spencer Johnson are the authors of The One Minute Manager, first published in 1982. Despite the controversies originated upon its publication, it is a good read for management students because it talks about three techniques of an effective manager: one-minute goals, one-minute praisings, and one-minute reprimands. Even though they literally only take one minute, their benefits are long-lasting.

These are the best 5 books to read for business students. They are just some of the best business and management books that are out there. Depending on what exactly you are looking to learn, other books may be more suitable for you. However, these are great readings because they do not only focus on business but they also encourage readers to work on themselves and their personality in order to be successful in any area of life.

Student
4
"What I liked while studying here: • Good community of business people • Very good professors •..."
Read the review
Written by