More information about Universities in Germany

If you are looking for an extremely efficient and organised country with great food and beautiful cities then studying in Germany could be the right choice for you. And, even better, Germany’s universities don’t charge tuition fees for most study programmes. This makes it a popular choice with students from around the world, with over 350,000 international students currently choosing to call Germany their study home.

If you are currently considering attending a university or school in Germany then look no further. We have all the information you need to make an informed choice!

If you are considering studying business in Germany read this article about the 6 best business school in Germany. 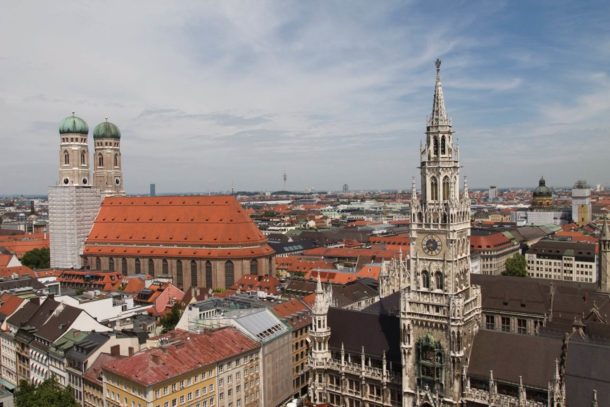 Like many European countries Germany is part of the Schengen Area which allows most members of the European Union to travel to Germany without needing a visa, this also includes completing study programmes..

Acceptance letters are required for student visas, but if you are researching institutions or cities before applying, then you can apply for a student applicant visa which allows you to enter Germany for three months.

The visa application process can take up to a month to complete so you should apply at least 3 months prior to your intention to arrive in the country to leave plenty of time to make amendments if required to your application.

You will need to provide relevant documentation when applying for your student visa including proof of health insurance, proof of financial resources, relevant certifications, passport and certificate of German language proficiency if required. There is also a 60 Euro application fee.

German students have the option to live in student halls of residence or private student accommodation, of which there are plenty of companies and places that will help you, especially if you are a foreign student.

Each University town has plenty of options for students but it isn’t as common as other countries for Universities to assign rooms themselves on successful application. There are however student services and international offices at most Universities that can provide assistance for finding accommodation.

There are several admission requirements you will need to meet in order to study in Germany which includes both educational standard and also language proficiency.

There are many study programmes in Germany that are taught in English along with German, so proof of proficiency in the relevant language will be needed if you are not a native speaker of either. German language tests can be taken at centres worldwide and will be accepted by most – although you should check first.

There are also financial requirements that need to be met. In order to successfully apply for a student visa in Germany, you will need to prove that you have access to at least €7,908 p/year – around €659 p/month. This is the minimum requirement and you may find that living costs exceed this, depending on where you study.

You also need to prove that you have adequate health insurance to cover you throughout your stay in Germany. If you are an EU member then your country may have an agreement with Germany that means you won’t need separate insurance, however you should check with your current insurance provider.

Despite needing to conform with financial requirements in order to obtain a student visa, undergraduate programmes in Germany are free to all students, although the province of Baden-Württemberg reintroduced tuition fees for non-EU students in 2017 which means that non-EU students studying in this region must pay €3,000 p/year.

Outside of Baden-Württemberg undergraduate study is still free to all students, however, there is a small cost each semester to cover administration costs which are usually around €250 p/semester.

There are plenty of scholarships available to help support you to study in Germany, with the lack of tuition fees making it an extremely popular destination for foreign students despite the stringent visa requirements needed.

Germany is an extremely organised and efficient country, which is appealing for most people but can be a culture shock to many too with so many new rules to follow. Don’t think about crossing the road when the light is on red!

It’s also a very active country and you’ll see people walking, running or cycling everywhere you look. Which is welcomed by most people. The weather, however, can be quite changeable, it rains often which may be offputting for some people, particularly if you are accustomed to warmer climes.

If you are a fan of club and techno music then you’ll love Germany. The nightlife scene in most of the big cities is energetic and lively. And of course, we couldn’t talk about Germany without mentioning beer. Beer is a big part of the lifestyle in Germany so expect to visit many ‘ratskellers’ with your fellow students.

If you like to travel then Germany is also a great destination. You can hop on a train (which usually run on time) and be in another country in a matter of hours. It’s the perfect hub to explore Europe from.

Germany is home to some of the best business schools in the world. In fact, several appear in the Financial Times top 100 Business courses worldwide. As the top non-English speaking country for international students, you’ll have exposure to a lot of cultures and foreign affairs. All of which will really help you in your future business career.

you want to study Business, read this article: The 6 Best Business Schools in Germany

When compared to other EU countries, Germany has an average cost of living. Recent studies have suggested that, as an individual, around EUR 500 per month is required for a comfortable lifestyle excluding accommodation and related utilities. although of course as a student you can opt for affordable student accommodation. While there are certainly cheaper places to live, you may find that the savings on tuition fees make a significant difference for you.

Germany has a rich tapestry of culture to draw from its long history, boasting the likes of literary giants the brothers Grimm and classical music maestros Beethoven and Bach. Today though Germany is a culture of creativity and technology, with Berlin being one of the most vibrant areas in the country for art, music and technology innovation. The main religion in Germany is Christianity, with almost 60% of the population subscribing to its denominations. There is also a significant Muslim population in the country which has been born from immigration from Turkey. If you are non-religious, religion isn’t something that should be encountered often unless it is seeking out as there is a rigid separation of church and state. The cuisine in Germany is extremely regional, with areas such as Bavaria taking its influence from the Alps and neighbouring regions of Switzerland and Austria with hearty stews, meats and bread being a stape. The wurst is probably the most popular German food – there are more than 1500 different types of sausages made in Germany. German beer is also internationally renowned with more than 116litres per person consumed annually.

German is the first language within the country, but English is very common and most places will be able to converse in English if you don’t speak German very well. The need to pass a language test in both English and German depending on your course means that there isn’t much need for any other languages to be spoken, even in the more student-centric areas of the country, although French is spoken widely as a second or third language in the southernmost areas of the country and Danish in the northernmost near the Danish border.

While Germany is the most popular non-English speaking destination for international students, you may find it more challenging to settle into life if you don’t speak German. However, it’s not impossible if you are prepared for some things to be lost in translation and you persevere.

Still not sure if Germany is right for you?
Get free advice
Sorry, for now, we can only help for business studies.
Thanks!
We'll contact you soon via Whatsapp or Email

Why to study in Germany?

It is worth studying in Germany as there are plenty of universities you can choose from. Based on student reviews on EDUopinions for Germany, the overall rating of schools here is 4.1.

Can you study in English in Germany?

Yes, you can study in English in Germany. For more information, visit EDUopinions page about Germany .

How many universities are in Germany?

There are 248 universities and Business Schools on EDUopinions for Germany .

What is the best university in Germany?

Based on student reviews, the best university in Germany is Technical University of Munich, whose average rating on EDUopinions is 5.