The Pros and Cons of Studying in Manchester, UK 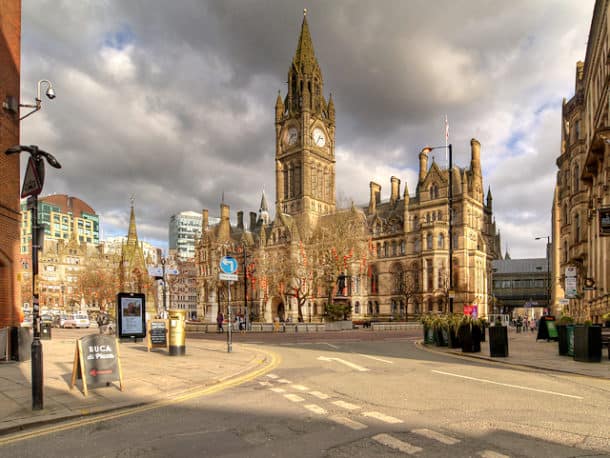 Manchester is one of the best student cities in the UK, with world-class universities, cheap accommodation and lots of things to see and do. Manchester also has a thriving bar scene which is great for students. The entire city seems to be running on students just because of the sheer number of the student population.

Pros of Studying in Manchester

One of the biggest pros of studying in Manchester is that Manchester is a booming student city and attracts thousands of students every year. Though there are many world-class universities here, the University of Manchester and Manchester Metropolitan University are the best ones.

Manchester Metropolitan University is actually also known as the Manchester School of Art. It is the Mecca for artists and creative students. Known for its courses on film-making, art, graphic design and illustration courses, this university has some stunning state-of-the-art complexes. You can also consider other universities like Manchester Business School, Manchester Computing Centre and Royal College of Music.

If you live in a student hall, your cost of living will be pretty low. You can make your own meals or just eat out. Manchester is quite affordable, so you won’t have to worry about food. Manchester has also earned the prestigious title of “the best UK city to live in”. Manchester is 32% cheaper than living in London! Apart from student halls, you can also choose from other accommodation experiences like WiFi, broadband etc. Official university halls of residence prices are:

• University of Bolton – starting from £80 per week

• The University of Manchester – starting from £95 per week

Want to Study in Manchester?
Get Free Help

When you do get time off your studies, Manchester has a lot of things to offer. When talking about the pros and cons of studying in Manchester, one has to include things to do in the city. Manchester is home to numerous art galleries to keep your senses ticking over. You can check out Manchester Art Gallery, which boasts a fine collection of Impressionist works, and Whitworth Art Gallery. It is also a bustling shopping city and there are many high street stores here to keep you busy and happy.

Plus, if you love Indian food they have the Curry Mile which is the highest concentration of South Asian eateries outside India itself! It is also a great city for movie lovers. If you love music, then Manchester Academy and Manchester Apollo regularly host some of the world’s most exciting bands. You can catch artists like  Beyonce, Lady Gaga and The Vamps here!

4) The nightlife of Manchester:

When we are talking about the pros and cons of studying in Manchester, how can we forget about the nightlife of Manchester! Since it is a student town, the nightlife here is booming and how. If you want to hang out at the most popular clubs, check out legendary Fifth (formerly Fifth Avenue), indie hotspot 42nd Street. They all offer cheap entry and they are open during the week too. Manchester is also experimenting with the rave scene where the music is certainly more specialised. These include The Warehouse Project, Sankeys, and Venus.  If you want to hang out at a hippy, artistic bar then look no further than the Northern Quarter.

Cons of studying in Manchester

Just like the rest of the UK, the weather is unpredictable. It is also a lot cloudier and sullen than the rest of the UK. In the winter, it might snow but it’s not that common. So it is never really bright outside and that can get a bit depressing for some people.

2. Public transportation is not that great:

Of course, when compared to London, the average salary in London is higher. By around 28%, with the average monthly disposable salary after tax in London being £1,961, versus that in Manchester of £1,411.

Looking for a University in Manchester?
Learn More
Featured Content