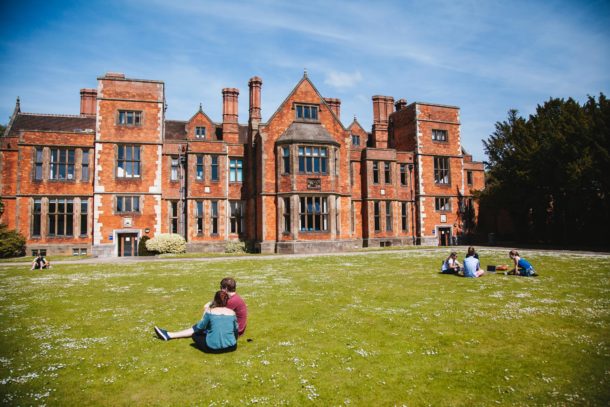 Great experience, careers could be better
I had a great time at York meeting plenty of new people and getting involved with various academic and non-academic activities York is a great city with plenty to do for young people even if it's too small then you have Leeds on your doorstep Newcastle for nightlight and Manchester [...]
View more Ask the reviewer
A (somewhat) comprehesive review of the University of York
I am a Bulgarian student currently in the second year at the University of York I came to York through clearing after I changed my mind last second and decided against going to the University of Sheffield As of today despite some drawbacks I wouldn t say I regret this [...]
View more Ask the reviewer
Active forum and great students community.
Pros - Well-reputed University Russel-group University The curriculum is great Active discussion forums A chance to get in touch with people from all over the world pursuing the same thing Module tutors are very responsive and helpful They acknowledged my concerns and assured that the module will be improved for [...]
View more Ask the reviewer

University of York ratings and description

4.1
Social Policy
1 Programme
4.1
International Relations
Do you have any questions?
Sorry, for now, we can only help for business studies.
Thanks!
We'll contact you soon via Whatsapp or Email
Write a review

Great university offering diverse degrees located in the leafy suburb of London
The Business faculty is one of the oldest in the country dating back to The Art faculty is inspired by Lady Byron The university offers a great host of sports activities and is within close proximity of the famous Ealing studios where one of James Bond movies was filmed [...]

University of West London
London, United Kingdom; Reading, United Kingdom
View more Ask the reviewer
Great University in an Awesome City
I studied for months in MBS I did my Erasmus there and I have nothing but good and kind words for this place Their methodology is much different than what I was used to in Barcelona all the classes were practical with little or none theory explained and everything explained [...]

Munich Business School - MBS
Munich, Germany
View more Ask the reviewer
A place where you can learn everything.
This Uni is perfect for someone who wants a quality education Whit polite staff around Uni and professors who are always there if you need extra classes Facilities are great the equipment is very modern and classrooms are well equipped [...]

International Business Information Academy - IPIA
Tuzla, Bosnia and Herzegovina
View more Ask the reviewer
Study in a truly good uni
I strongly recommend Skema for Business studies One gets to experience a truly multicultural environment with an option to study in continents The professors are very knowledgeable and are highly supportive of students supportive Located in the heart of Paris business district gives you that feel of studying in an [...]

SKEMA Business School
Paris, France; Lille, France; Nice, France
View more Ask the reviewer
International environment for critical thinkers
The international environment that is experienced allows the integration of diversity in a positive way I recommend this institution for people looking for the autonomous development of critical and creative thinking Also for those who enjoy the collective construction of knowledge based on multiculturalism [...]

Lund University
Lund, Sweden
View more Ask the reviewer
Great business, entrepreneurship and finance course!
The Henley Business School is an amazing place to start a career in Business Finance Entrepreneurship or Marketing It offers a wide spread of courses starting from Bachelor's to Phd's It is situated in the heart of the University of Reading Campus an amazing campus for both student life Great [...]

Henley Business School
Reading, United Kingdom
View more Ask the reviewer
Sorry, for now, we can only help for business studies.
Thanks!
We'll contact you soon via Whatsapp or Email
Are you managing this university?

If you're the owner or representative of University of York, you can claim this University and build a better profile.

York Business School
0 No reviews
There are no reviews yet

Cardiff Business School
0 No reviews
There are no reviews yet
Interested in studying at University of York?
Give me more information for free